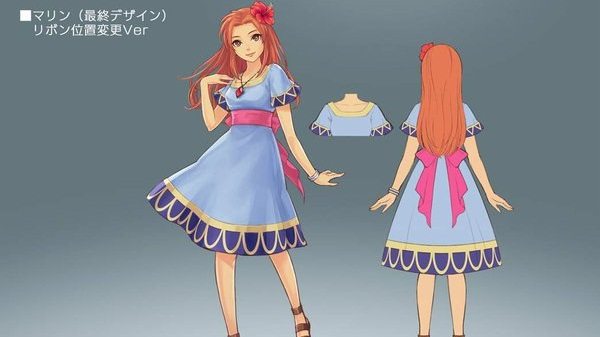 Legend of Zelda fans will be stoked to hear that Marin will be added as a playable character in Hyrule Warriors Legends later this year.

Nintendo of America announced via Twitter: “Just announced! Marin from Link’s Awakening will be available in the 2nd #HyruleWarriorsLegends DLC for #3DS + #WiiU”

The second DLC for Hyrule Warriors Legends will be out in Summer 2016. It will be DLC based on Link’s Awakening. Aside from Marin, the DLC will also include: “15 new My Fairy costume pieces, a new map for Adventure Mode with one new adventure battle and two new challenge battle scenarios plus a new weapon for Toon Link”

The character of Marin made her first appearance in the 1993 video game The Legend of Zelda: Link’s Awakening. Another video game that she has appeared in prior to Hyrule Warriors Legends is Super Smash Bros. Melee. However, she was not a playable character in Melee as she was only a trophy in that game.

It’s great to see that Nintendo is adding a lot more characters to Hyrule Warriors. The 3DS version only came out earlier this year, but DLC support is continuing for the Wii U version which came out in 2014.