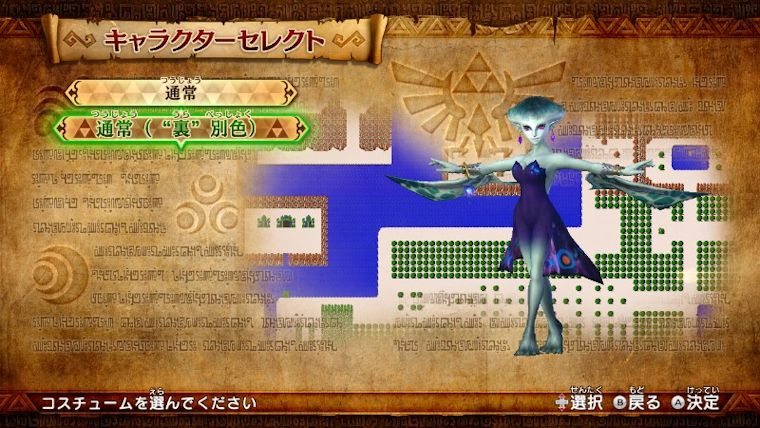 Hyrule Warriors may have released last Friday in the US, but that doesn’t mean Tecmo-Koei and Nintendo are done with the game, as they have already announced a Season Pass with plenty of new content. The first of those packs is known as the Master Quest DLC pack and now it is available in Japan. As a result, we now know about some of the costumes available within the pack, and some will look very familiar for fans of Majora’s Mask and A Link Between Worlds.

While Majora’s Mask is getting it’s own separate DLC pack later, this one has two new costumes for existing characters based on Majora’s Mask characters. Princess Ruto has gotten a costume based on Lulu, lead singer of the Indigo-Go’s while Darunia gets one that looks like Darmani’s Ghost. In addition, Princess Zelda has gotten a brand new costume that looks just like Princess Hilda from the recent A Link Between Worlds.

In addition, there are also a few other non-game based costumes, including a gothic looking Agitha, maskless Zant, and a purple palette swap for Link.

The DLC pack isn’t just full of costumes either, as we also get a new scenario and the special Epona weapon we told you about before. No set release have been revealed for the US yet, so stay tuned for that information in the near future.