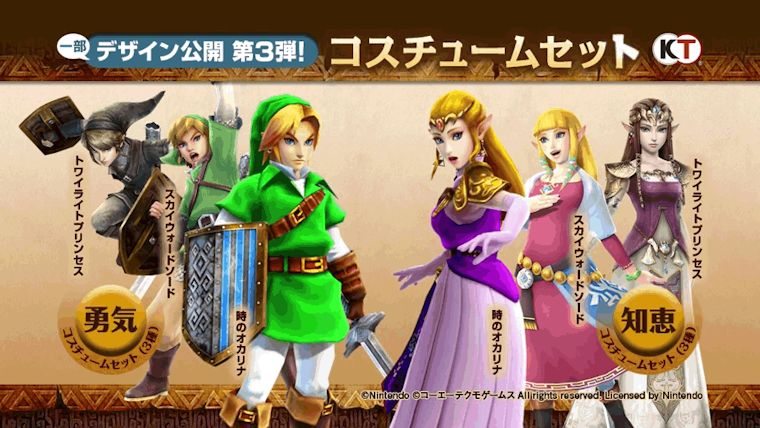 It may be hard to believe, but Hyrule Warriors has now been out for over four months. In that time, we’ve seen a few pieces of DLC, with more yet to come. Breaking the mold for Nintendo, Hyrule Warriors had retailer exclusive DLC for the game, with three separate retailers offering a pair of Link and Zelda costumes based off of Ocarina of Time, Twilight Princess, and Skyward Sword. Luckily, those who got only one set of costumes with their pre-order or maybe none at all can finally get all three sets.

As of right now, all three costume sets for Link and Zelda are available through the Nintendo eShop. For those interested in picking these up, they will not cost you much, as they will only set you back $0.99 each.

In addition, for registering the game with Club Nintendo within a certain period of time, players had the opportunity to get what was known as the Demon King Costume Set, which provided us with two costumes for Ganondorf based on Ocarina of Time and Twilight Princess.

It is good to see that Nintendo did not make us wait too overly long before putting these out as DLC, while also not making players break the bank to get these highly sought after costumes. After launch, these codes were going for upwards of $100 or more on eBay, so it’s nice to not have to worry about that anymore.