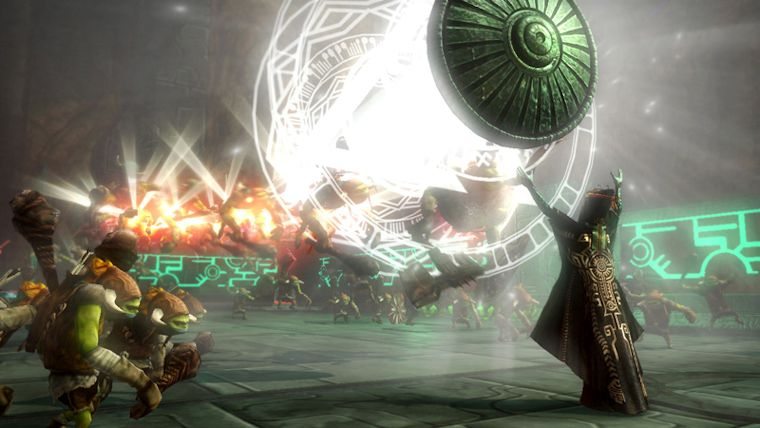 Hyrule Warriors has now been out nearly three months, so there is a good chance that many games have gotten their mileage out of the game already. However, Nintendo and Tecmo Koei are doing an excellent job at keeping the game fresh with a steady stream of DLC for the game, something quite new for Nintendo games. Following up on the Master Quest DLC pack, Hyrule Warriors will be receiving the Twilight Princess DLC pack later in the month, and now we know one of the major components that makes up that pack, a brand new playable character.

Eiji Aonuma, overseer of the Legend of Zelda series and supervisor on Hyrule Warriors posted an update earlier today to the official Miiverse page for the game. In this update, it was revealed that Midna would be coming to the game, this time in her Twili form.

We already saw Midna in her cursed form in Hyrule Warriors prior, but now she will be there in the form she retains by the end of Twilight Princess. Twili Midna will utilize the Twilight Mirror as her weapon in battle, which will be interesting to see how it is implemented. While Aonuma did not go into any details, he did give a little more information on the pack.

“The Twilight Princess Pack includes new weapons, costumes and an adventure map, so if you played through the original game, they should contribute to the fun you’ll have in Hyrule Warriors. (For one of the costumes, you can dress Link up as a certain familiar character from the Zelda series. It may make you say “”Wow!”” so I hope you’ll look forward to it.)”

A lot of speculation is that the costume alluded to could be Tingle, but we’ll just have to wait and see for sure when all is revealed during the next couple weeks. Look for the the Twilight Princess DLC pack to arrive on November 27.