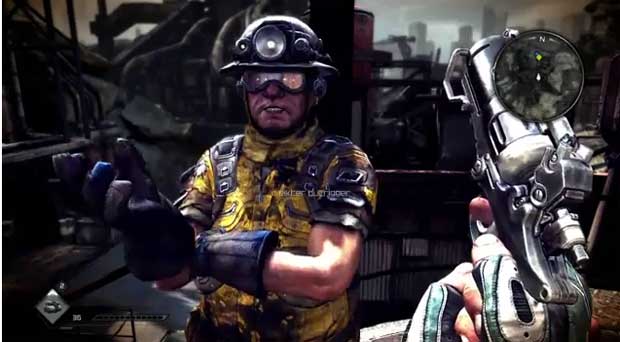 When RAGE releases this Fall it will be launching with two DVD’s for the Xbox 360 or a single Blu-Ray disc on PS3.  Heading over the content limit for a single DVD usually signals that a game is longer than others in many cases.

Some games that required two discs Final Fantasy XIII, Mass Effect 2, Castlevania Lords of Shadow all had a couple things in common.  1) They had awesome graphics 2) They had lengthy campaigns.  The up-coming post apocalyptic shooter from id Software is said to ship on two discs and offer around 15 hours of gameplay.

In a recent interview with OXM, Tim Willits of id Software, told the magazine of the campaign length for the game.  Fifteen hours for a first person shooter seems pretty lengthy, but Willits also claimed that there is plenty more to keep you busy for much longer than the standard playthrough.