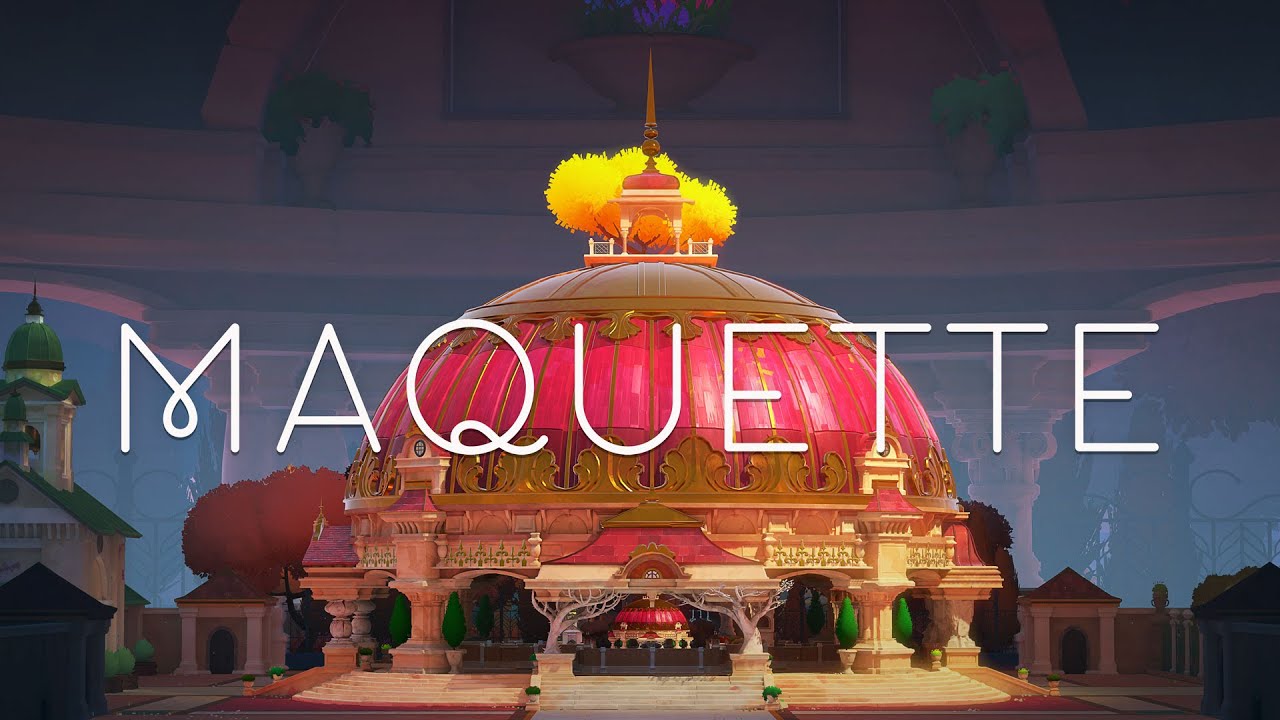 Annapurna Interactive has revealed the released date and detailed the A-list cast of their upcoming release Maquette, a first-person puzzle game set in a recursive world where players simultaneously experience the life cycle of a loving relationship.

Maquette‘s cast features Golden Globe and Critics Choice Awards nominee Bryce Dallas Howard (“Jurassic World,” “The Help,” “As You Like It,” “The Village”) and Saturn Awards nominee Seth Gabel (“Fringe,” “Salem,” “Genius”, “Nip/Tuck”) as Kenzie and Michael, a fictional couple reflecting upon their relationship. The game will launch on March 2, 2021, for PC via Steam, PlayStation 4, and PlayStation 5 for $19.99/£14.99.

Maquette, the debut game from developer Graceful Decay, lets players experience an affecting story of love, loss, and acceptance as they explore a recursive world filled with awe-inspiring architecture. These worlds-within-worlds play with perspective and scale to present unique, mind-bending puzzles that promise to challenge and delight.

“While the fantastical puzzles and recursive reality of Maquette deliver the ‘a-ha’ moments, Bryce and Seth convey the emotional heartbeat of the story,” explained Maquette‘s creative director Hanford Lemoore. “The message behind Maquette is truly one of understanding – understanding in the physical world, in the mind, and in the heart. Bryce and Seth’s incredible performances will bring that message to life.”

“I’ve been wanting to get more involved in video games for years because games do something in storytelling that movies and literature don’t: they encourage people to play an active role in the story,” detailed Bryce Dallas Howard. “So when I was offered the chance to work with Annapurna on Maquette, I was very excited to dive into this immersive emotional experience. What I love about this game is that, even though our voices are guiding you through the narrative, you’re still the one that needs to figure out how to solve the puzzles in order to finish the story. And because the game is recursive, there are infinite possibilities as to how the pieces come together.”

Maquette is an Interactive Metaphor

“Maquette is interactive storytelling at its finest. The characters and situations are simple at the start, but the game evolves as the romantic relationship between its two main characters becomes more complex. The world of Maquette is a playable, interactive metaphor; a physical manifestation of the emotional underpinnings between two lovers, played out through a series of puzzles, representing the many challenges and triumphs a relationship can go through. It’s a cathartic experience!”

Maquette draws inspiration from Hanford Lemoore’s surroundings, pulling much of its aesthetic and tone from San Francisco. From the architecture and environmental details to the songs inspired by the Bay Area, to the specific city-sounds captured to create the game’s dream-like metropolitan atmosphere, the vibrant city of San Francisco has always been a key physical and visual aspect of Maquette.

For more information on Maquette, check out the game’s website.