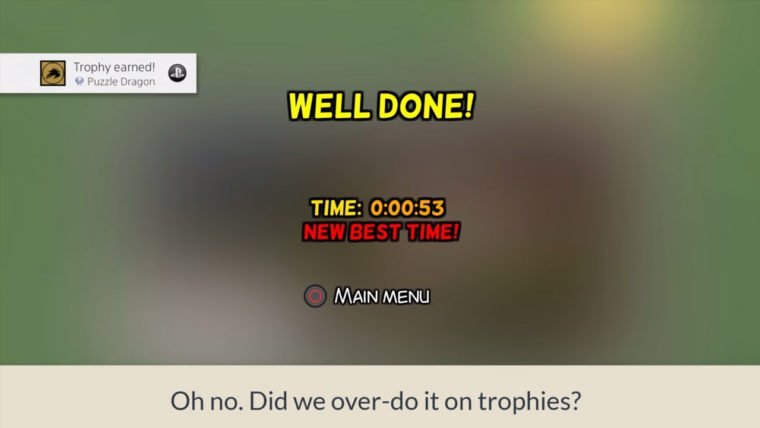 It’s no small secret that the PlayStation Store has been slowly piling up a lot of shovelware in its deep, dark depths for the past few months. With games like Life of Black Tiger, Firefighters: The Simulation and Skylight Freerange 2: Gachduine all available to purchase on PS4 (with actual money), it would only become a matter of time before the PS Marketplace went the way of the Wii Store.

Enter Five Star 1000 Top Rated, a game which is literally 100% slide puzzles with basic, possibly stock, images that you have to piece back together, and no music whatsoever. Just an annoying “tap” whenever you move a piece of the puzzle. Why would people buy this? Well, as the cringy YouTube trailer states, Five Star 1000 Top Rated is a game where you can get a PlayStation Platinum Trophy in just under an hour. Oh, and it only retailed at $0.98.

The developers behind Five Star 1000 Top Rated were seemingly using the game to advertise their business which is, coincidentally, selling themes on the PS4 marketplace. What makes this business practice even worse is the fact that the themes they sell are also in the game, for less money collectively than they are individually. If you didn’t know, any time you earn a trophy the PS4 system takes a screenshot. So, theoretically, you could get the screenshot, edit the trophy and border out and get a lovely wallpaper out of it.

The PS4 shovelware barrage is only getting worse with titles drastically lowering in quality. That’s not to say that other console storefronts don’t have the same bottom-of-the-barrel games making their way onto their stores. The shockingly bad Horse Racing 2016 is on both Microsoft and Sony’s machine, and it costs over ten pounds! Sony slamming its foot down and saying no the the “World’s Fastest Platinum Trophy” game is hopefully a step in the right direction for the company, because if Life of Black Tiger 2 ends up on that console I’m going to cry.

What’s worse is that this game has better PS4 Pro support than a lot of actual video games.