The latest news in the world of video games at Attack of the Fanboy
February 15th, 2017 by Dean James 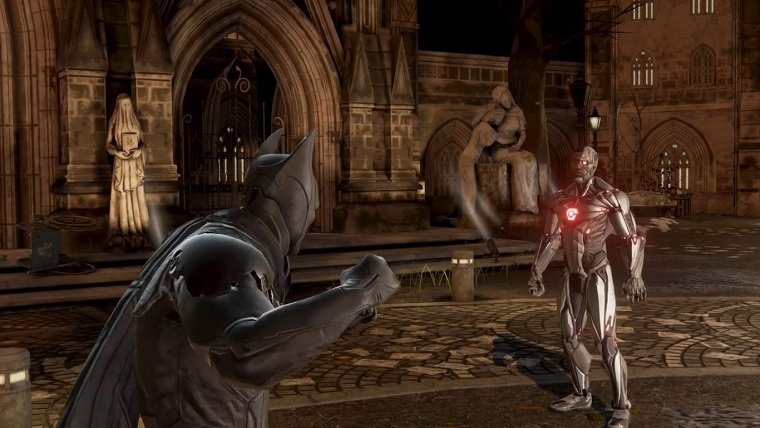 Injustice 2 news just keeps coming it feels like, with us already getting three previously unannounced characters revealed this week, as well as the first gameplay of one that was announced prior. With Swamp Thing, Catwoman, and Cheetah already shown off this week, you would think they might be done, but now the Injustice 2 mobile game has had a soft launch in one country, which has provided us with some more information.

Alongside Injustice: Gods Among Us was a very popular mobile game that has continued to be supported in the years since, so it was pretty much assumed the second game would have one as well. We did not know if it would be some sort of big upgrade to the first or a completely new game, but now we know that as it has been been released in the Phillippines.

Injustice 2 for iOS has officially gone live in the Phillippines as of yesterday and details and footage have come out since. On this app, it has revealed the return of Green Lantern (Hal Jordan) and Cyborg to little surprise, but it has also revealed that Scarecrow appears to also be joining the game’s roster. This was yet another character on the leaked list, so it’s looking incredibly likely that he will be in the console release of Injustice 2.

The mobile app for the first game has definitely added playable characters that weren’t in the original console game, but the initial roster for the original mobile game was pretty standard with the main game’s roster, so it’s likely these are all playable.

For that have an iOS device, you can check out the game by changing your region to the Phillippines. However, be warned that your account balance has to be $0.00 or you cannot do so, which will mean you having to make a new account entirely through the desktop iTunes.

If you just want to wait though, hopefully the Injustice 2 mobile game will be coming elsewhere soon on not only iOS, but also Android, giving us a chance to dive in and unlock some stuff ahead of the release of Injustice 2 for Xbox One and PS4 on May 16. In the meantime, you can check out some captured footage of the new mobile game below.