Is Goldberg Teasing He’ll Be In WWE 2K17? 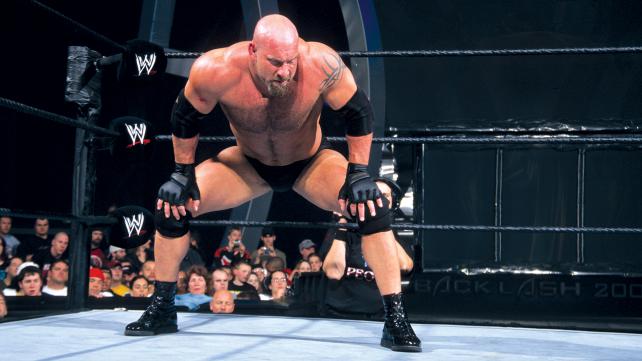 WWE fans have not seen Bill Goldberg for a very long time as the former professional wrestler left the company back in 2004. However, is he teasing a return in WWE 2K17?

A fan on Twitter asked Goldberg if he’s been in talks with 2K Games to be included in WWE 2K17. Goldberg said: “I think I’ve heard rumor that…”

This is not a clear yes or no answer, but it does sound like a tease of some sort. There were rumors a few weeks ago that Vince McMahon wanted Goldberg to return for WrestleMania 32 after all of the injuries that have taken out most of the big stars.

To add more fuel to the fire, Ryback debuted some new attire during this week’s Smackdown taping where he looked a lot like Goldberg. He used to wear an outfit similar to Rob Van Dam but this week he sported plain black trunks and boots. Many people believe if Goldberg returns, he’ll face Ryback.

It’s not too out of left field for Goldberg to be in WWE 2K17. He was kind of back in WWE’s good books a few years ago as they released a new DVD based on him and he was added into the then-new WWE 2K14 video game.