Is Nuketown Coming to Black Ops 3? 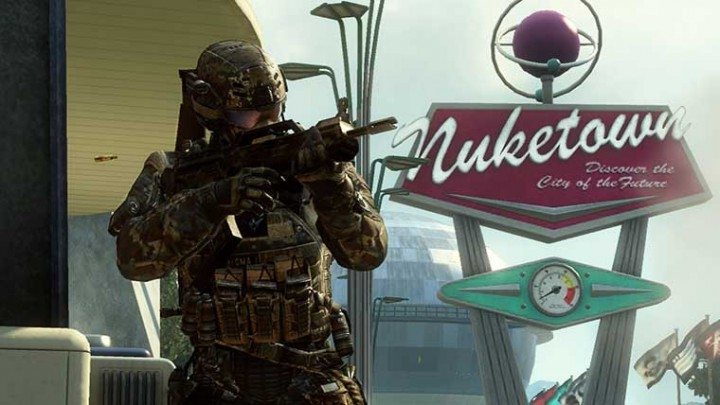 One of the most popular multiplayer maps in the Black Ops series of Call of Duty games has been Nuketown.  The small map custom made for chaos was arguably the most popular map in the original Black Ops game, and so popular that it got a remake in Black Ops 2.  With Black Ops 3 on the way, there has still be no official word from Treyarch on whether the map would return.

Today, the Brazil PlayStation Store may have leaked details about a bonus map called:  “NUK3TOWN.” According to details scraped by Charlie Intel, the map has been redesigned for the new movement system in Black Ops 3.  This movement system includes wall-running and boost jumps, so it’s unclear just how much Treyarch would have needed to expand the map.

The leaked listing outed the map as a bonus.  So once again, Black Ops 3 players will apparently need to do something to get access to the map.  If the listing holds true, Nuketown in Black Ops 3 will come with the Digital Deluxe edition of the game, but it’s probably smart money to assume that it will come with the upper tier versions of the physical copies of the game as well.

Call of Duty has tried the exclusive map thing consistently over the last few years, but none of them are quite as popular as Nuketown.  It’ll be interesting to hear what changes have been made to Nuketown in Black Ops 3, if and when Treyarch decides to break silence.

There is currently a multiplayer beta running for Xbox One and PC players for Black Ops 3, this beta will continue through the weekend.  Call of Duty: Black Ops 3 is slated for a November release on Xbox One, PS4, PC, PS3, and Xbox 360.