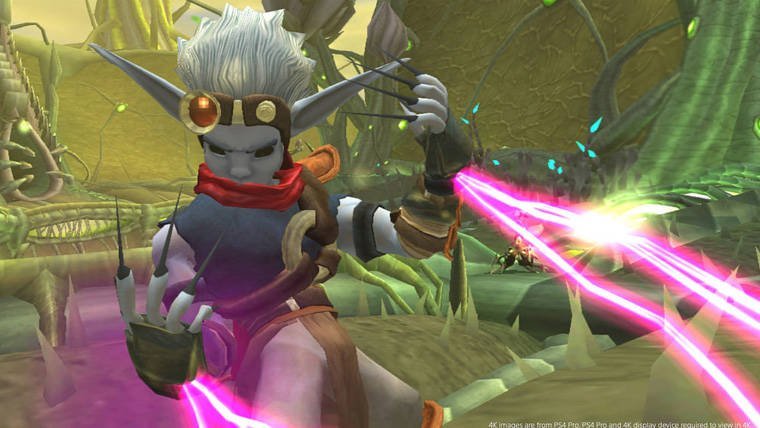 Naughty Dog is completing the Jak and Daxter collection on PS4 by releasing the rest of titles developed by the creators of the franchise next week. The two sequels and the racing spin-off will be released as PS2 Classics emulated by the console, which means they will be the actual games fans remember and love, with a 1080 up-rendering in order to prevent them to look worse on modern TVs. They will join the original entry Jak and Daxter: The Precursor’s Legacy, which has been available on PS4 for a few months now. A collection with all four games will also be available on the same day, named Jak and Daxter Bundle.

As the series progressed beyond the original game, the series gained a much grittier atmosphere and a more developed storyline, thanks in part to the fact that the protagonist Jak was now able to speak, and the events that surrounded that transformation. The series also moves from being a 3D platformer to adopt new gameplay mechanics closer to action games, laying the foundation for Naughty Dog to create acclaimed series like Uncharted and The Last of Us in the following years.