The latest news in the world of video games at Attack of the Fanboy
August 30th, 2016 by Dean James 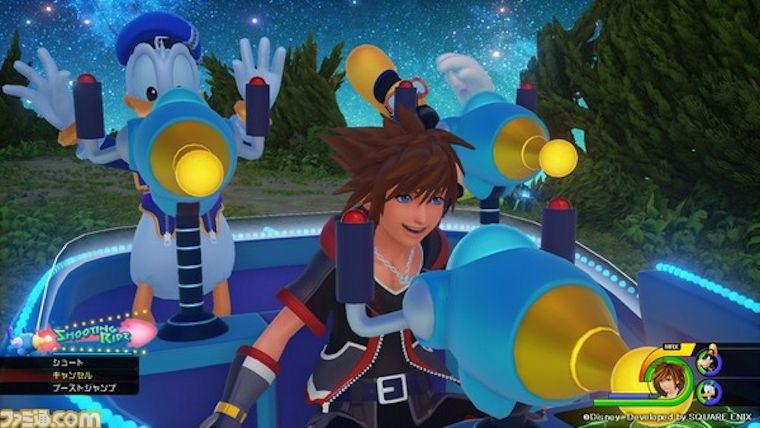 Fans of the Kingdom Hearts series have been anxiously awaiting the release of Kingdom Hearts 3 for over a decade now, even if Square Enix has given us plenty of side games and prequels in the time since. The game is set to come out on PS4 and Xbox One, but the official Japanese Xbox website is no longer showing a listing for the game.

When Kingdom Hearts 3 was first announced a few years ago at E3, we were a little surprised to learn that the game would be coming to Xbox One alongside the PS4, especially considering that the series had never been on any Xbox platform.

While it is almost a certainty that Kingdom Hearts 3 is still coming to PS4 and Xbox One in the West, it may be possible that it will be a PS4 exclusive in Japan based on the official Japanese Xbox website.

Up until now, there was a listing for the game on the official Xbox website in Japan. However, as pointed out by KHInsider, the listing for Kingdom Hearts 3 is no longer able to be found, instead linking to a missing page.

This could simply be a glitch in the website or a mistake of some sort, but considering how poorly the Xbox One has done in Japan, Kingdom Hearts 3 being a PS4 exclusive in Japan could be a real possibility.

We’ve seen this before with other games, so this wouldn’t be the first time and it’s not like anybody in Japan would buy an Xbox One to play Kingdom Hearts 3 when they could just play it on PS4. If this is indeed the case, there is no telling when Square Enix will say anything since the game is still pretty far off, but it definitely isn’t out of the realm possibility.