Kirby And The Rainbow Curse Comes To Wii U This February 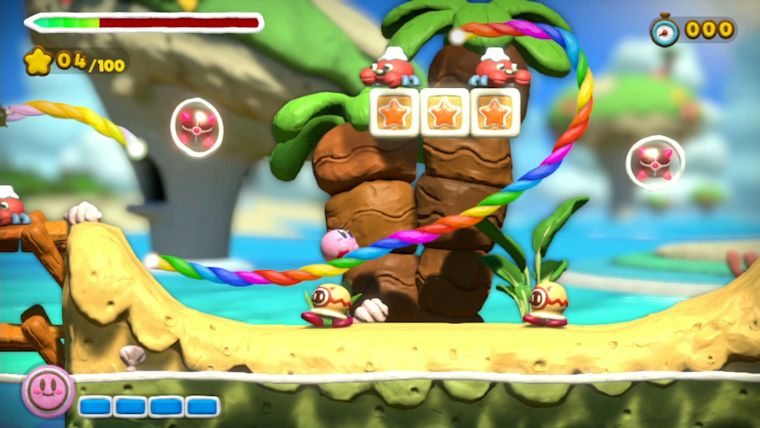 When Kirby and the Rainbow Curse was announced earlier this year, fans of the long running series were extremely excited. Considering the Kirby franchise has been churning out good game after good game as of late, there is a lot of hope for the next entry, especially since it utilizes the Wii U GamePad in one of the best ways we’ve seen on the console yet. Previously, the game only had a release date set of 2015, but the release month has been revealed courtesy of today’s Nintendo Direct.

Kirby and the Rainbow Curse will be officially arriving on the Nintendo 3DS this coming February. No specific release date was given, but I’m sure that will come in an early January Direct or even December Direct, if the past is any indication.

This release date news is not all that surprising, especially considering we saw a major release in Donkey Kong Country: Tropical Freeze come out last year in the same month. Following the holiday season, this is a good spot to put out a game and hopefully with the likely increased Wii U console sales alongside the release of Super Smash Bros. for Wii U in a few weeks, more people will be interested in picking up Kirby and the Rainbow Curse in February.

Kirby and the Rainbow Curse Nintendo