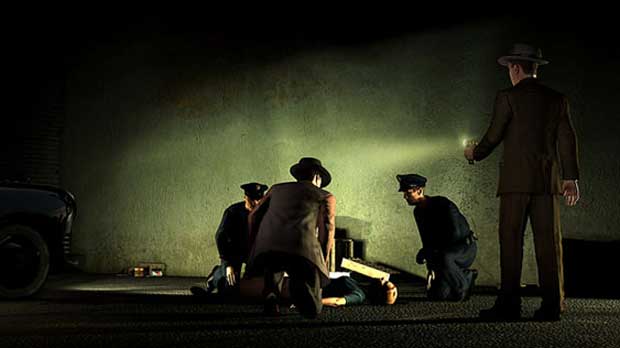 LA Noire’s release is just days away, and depending on where you pre-order the game you’ll get access to extra cases in the mystery-thriller-detective game.  Team Bondi has previously claimed that they had a bunch of content that just didn’t make it into the already robust experience that is LA Noire (3 discs for Xbox 360).

Aside from giving it away as pre-order bonuses you can expect that there is plenty of DLC for LA Noire.  Team Bondi’s founder told 1up earlier that “we’ve got two full desks – burglary and bunko – that never made it into the game, so we’ve been thinking those and whether we’ll do them (as DLC)”.

Nothing is confirmed as far as DLC is concerned, Team Bondi is working on something entirely different as we speak.  But with Rockstar’s penchant for sizeable expansions, these “two full desks” worth of cases for LA Noire make perfect sense as an add-on in the future.