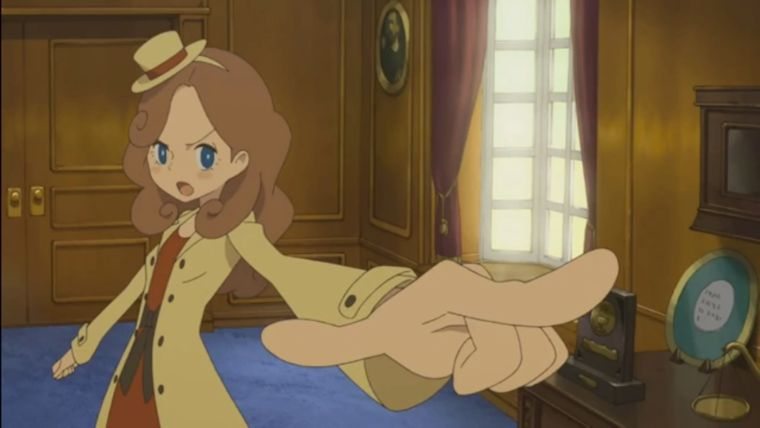 The Professor Layton series from Level-5 has provided us with countless hours of entertainment on our DS and 3DS across six mainline entries and a crossover with Phoenix Wright, but the series has remained rather stagnant recently outside of the Layton 7 mobile game that was announced awhile back. Fans of the series have been wanting a true entry in the series and it looks like we may be getting that with the newly announced Lady Layton.

We recently learned of a few different trademarks by Level-5, including one known as Lady Layton, which was confirmed to be coming during a livestream of the Level-5 Vision event.

Set to arrive in Japan for 3DS and mobile platforms in Spring 2017, Lady Layton stars Professor Hershel Layton’s daughter named Catriel, who is completely new to the franchise. Considering the only romantic plot for Layton in the series ended in tragedy, having a daughter is something that must occur after the events of the last game chronologically.

Being in Japanese, it’s hard to tell exactly what it going on here, but Catriel looks to be following in her father’s footsteps, with her talking dog as her companion. We do see a little glimpse at the gameplay here too, which looks very much like what we love from the Layton series.

Obviously, no announcement was made for a western release with it just being announced, but hopefully we’ll see this one arrive and it won’t be lost in the shuffle with Level-5 usually taking awhile between Japanese and western releases.