LawBreakers Free on Steam This Weekend

The latest news in the world of video games at Attack of the Fanboy
September 26th, 2017 by William Schwartz 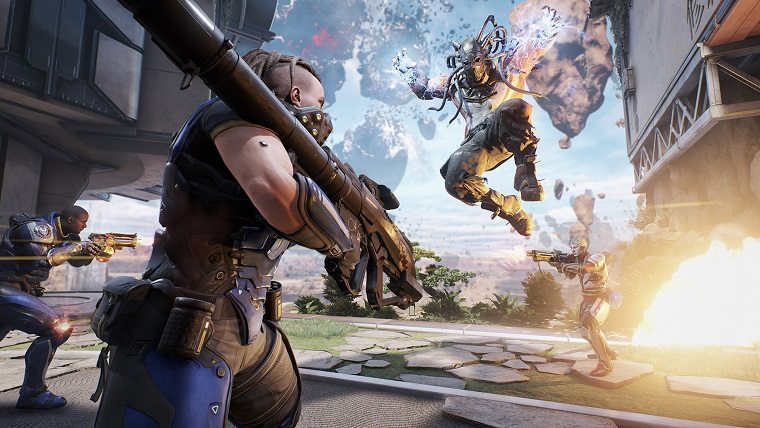 Cliff Blesinzski’s Law Breakers has had a hard time finding a post-launch audience. With dwindling player counts on Steam, Boss Key is trying numerous tactics to both keep what player base they do have happy, and bring new players into the fold.

Part one of this plan was in releasing a big patch for the game. Patch 1.4 introduced some changes to the game that would increase the health for all characters, introduce an out of combat health regeneration, and try to get players spawning closer to one another while also trying to eliminate downtime for players that are stuck staring at the respawn screen.

The second part of this plan goes into effect this weekend as Boss Key is hosting a free to play weekend for LawBreakers on Steam from September 28th through October 2nd. The game is also on sale for a 25% discount to its normal $29.99 asking price.

While Lawbreakers has had a rocky launch, critics certainly didn’t pan the title. The PC version currently holds a “generally favorable” score on Metacritic. Our review called LawBreakers “a finely tuned jet engine of a shooter that has the technical chops to distinguish itself in a crowded genre.”

Boss Key reassured players that they do have a roadmap in place for the coming quarter and have no plans of abandoning support for the game.

At this point it’s hard to tell what is exactly holding players back from taking the plunge on LawBreakers. It did release in close proximity to one of the biggest shooters of the year in Destiny 2. Overwatch is still captivating a large percentage of players who want to play a hero shooter as well. It could also be that price tag hanging over the head of a game that was once announced to be coming as a free-to-play title.

Hopefully things turn around for LawBreakers, as by most accounts it sounds to be a pretty decent game. Though sometimes there’s just no coming back from a rough launch. We recently saw Battleborn try to compete in the hero shooter market only to flop magnificently. It too launched with an entry fee then shifted to free-to-play before Gearbox ultimately announced it would no longer be supporting the game.