Left Alive, a brand-new spin-off of the long-running Front Mission series, finally has a release date. Fans looking forward to finally enjoying some more giant mech action from the series will be able to strap into their wanzers on March 5,2019. That said, there’s a reason this is a spin-off game and not a full entry into the main series. In Left Alive, players won’t be spending all their time in a giant mech. Instead, they’ll switch between three different characters over the course of the story, some of whom might not have access to a wanzer.

Left Alive takes place between the events of Front Mission 5 and Front Mission Evolved, and it centers upon the “One Day” incident that devastated the border city of Novo Slava. Our three protagonists are Leonid Fedorovich Osterman, Mikhail Alexandrovich Shuvalov, and Olga Sergevna Kalinina; all of whom are aiming to simply survive the incident by any means available. For players this means doing anything from engaging in frantic firefights, to stealthily eliminating enemies behind their lines, and even taking on the series’ trademark wanzer mechs. Novo Slava has been engulfed in insanity and only those still with their wits about them are going to make it out alive.

In addition to the release date announcement, Square Enix also took the opportunity to detail the content included in the game’s special editions. Those who pick up the game day one will receive a bonus dlc pack which includes some starter weapons and armor to help them make it through the opening hours. For collectors though, there’s the “Mech Edition.” 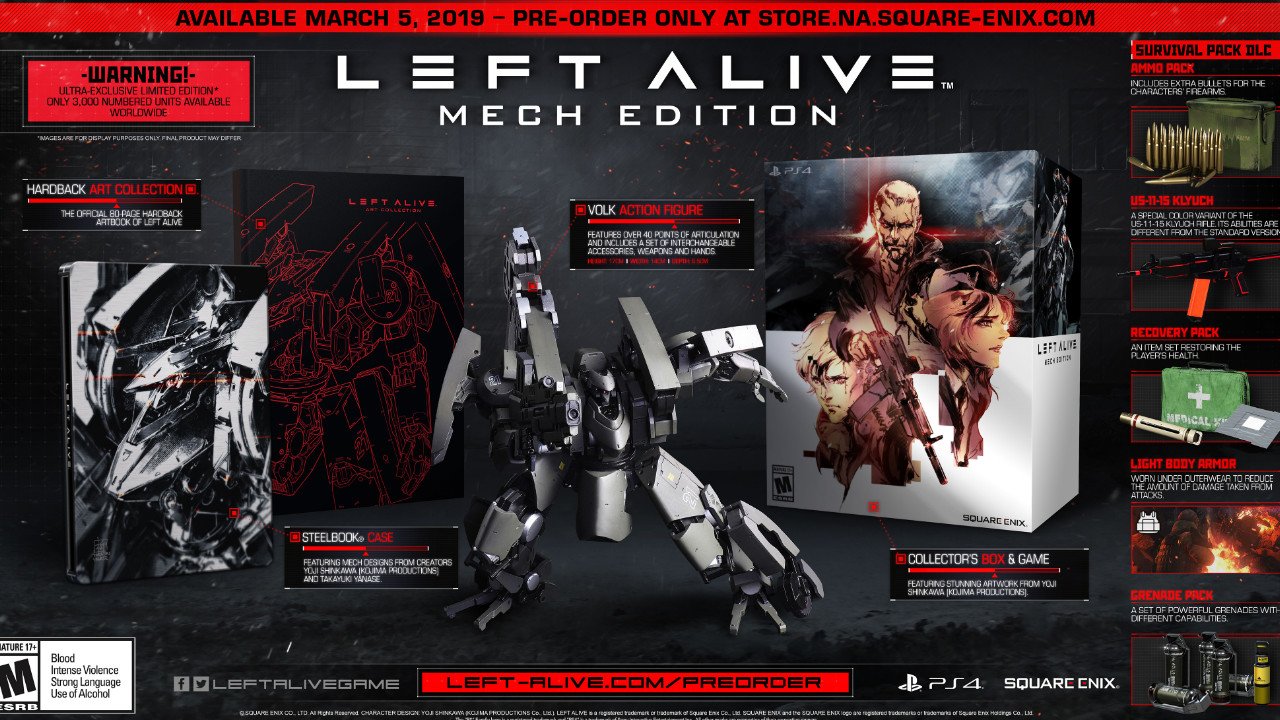 This $159.99  version of the game come with all the DLC included in the day one edition, plus a collector’s box, steelbook game case, 80-page art book, and a “Volk” action figure complete with interchangeable accessories, hands, and weapons. This version of the game will only be available via pre-order from the Square-Enix Online Store. Depending on whom one asks, the last few Front Mission games have been rather hit and miss, so hopefully this one will turn out to be a game that makes the collector’s edition worth having.