The Legend of Zelda: Breath of the Wild Screenshot Shows New Traveling Merchants

The latest news in the world of video games at Attack of the Fanboy
February 17th, 2017 by Kyle Hanson 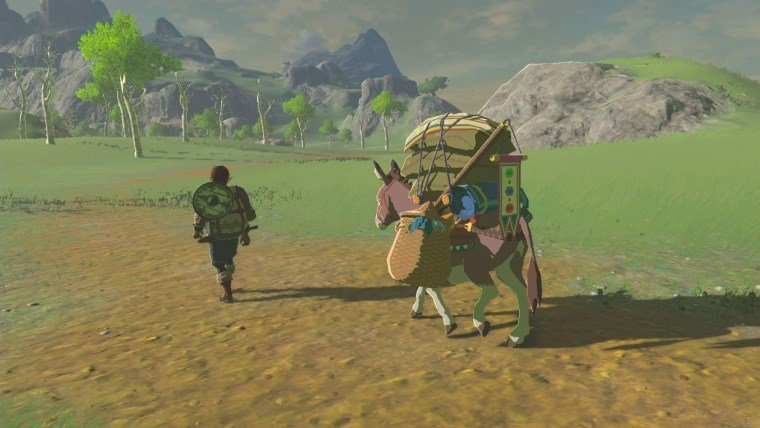 The Legend of Zelda: Breath of the Wild will likely change the Zelda formula in more ways than any game since the release of Zelda 2. The game shifts almost every aspect of the long-running series in some way, and today Nintendo released a few screenshots and concept art that details just one of these changes. Traveling merchants will roam the landscape of Hyrule, with donkeys trailing behind them, carrying their wares. 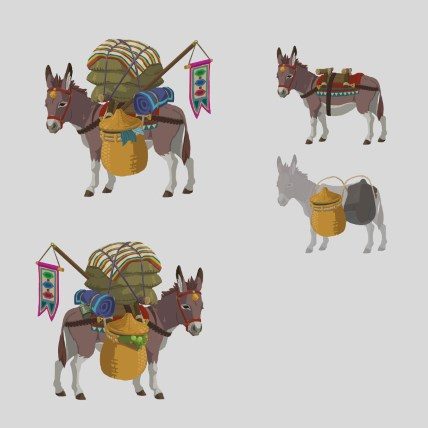 You can see the donkey in the screenshot above, toting around whatever items this merchant will have to sell to Link. It’s not totally new for a store to move around in the Zelda series, with a particularly well-known and liked one being featured in The Legend of Zelda: Wind Waker in the form of Beedle. Still, these seem different to him in a lot of ways, appearing to be totally different people traveling the land of Hyrule.

They’re also different since they have to move around on land, whereas Beedle was on a boat on the Great Sea. Just what they’ll be selling is anyone’s guess at the moment. The Legend of Zelda: Breath of the Wild seems to feature a massive increase in inventory items compared to previous games in the series. Merchants like this will likely be a huge help, offering players new items, while also allowing them to fill up on expendables.

Breath of the Wild features a massive, open world for players to explore, and things like these traveling merchants are only the tip of the iceberg in terms of new things to discover. The game hits Wii U and Nintendo Switch in just two weeks, arriving on March 3rd.

What change have you seen for the upcoming game that will be the biggest and best? Let us know what you think in the comments below.