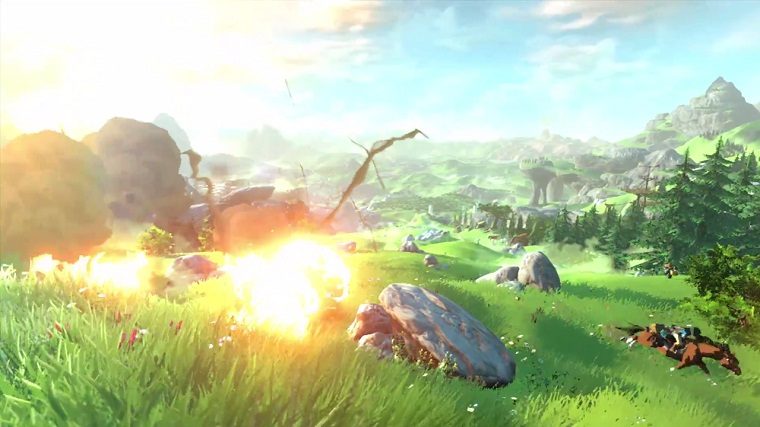 The Legend of Zelda Wii U could potentially be the largest game of the series as Nintendo is thinking “big”.

The Legend of Zelda Wii U’s producer, Eiji Aonuma, explained more about the game during an interview with Gamereactor Magazine. He mentioned with all Zelda games, they tried to make “a large world” as can be with the hardware that they had been given.

As for The Legend of Zelda Wii U, he said this same philosophy will be used. The team wants to make a huge seamless world that the Wii U can handle. In other words, they want to push the Wii U hardware to its maximum potential.

We’ve seen some pretty huge worlds created for the PS3 and Xbox 360 consoles. A game like Skyrim comes to mind. The Wii U is slightly more powerful than those systems, so The Legend of Zelda Wii U’s world could be quite large.

That’s not to say The Legend of Zelda Wii U has a bigger world than Skyrim, but the console is capable of producing large areas of land. Some footage of the game shown at The Game Awards last year displayed how big the land mass really is.