Life is Strange: Before the Storm Deluxe Edition Detailed

The latest news in the world of video games at Attack of the Fanboy
August 16th, 2017 by Dylan Siegler 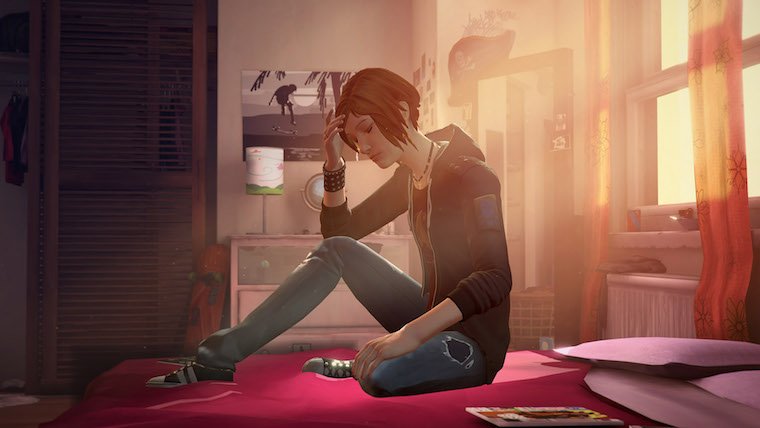 The prequel to Life is Strange, Life is Strange: Before the Storm, makes its debut later this month on August 31. For those interested in pre-ordering the game, you have two options: the normal version of the game, which simply includes the three main episodes, or the Deluxe Edition, which costs about eight dollars more and includes some extra stuff. Up to this point, we basically knew what the Deluxe Edition entailed, but today (August 16), we got some more specifics.

The next thing included in the Deluxe Edition is Mixtape Mode. We already knew that Mixtape Mode is a way for players to listen to Before the Storm‘s licensed soundtrack in-game, in any order that the player feels like putting the songs in. However, in the trailer we got to see this mode in action, which also meant seeing more confirmed licensed tracks in the game. We already know that the band Daughter will be providing a number of songs for the soundtrack, including the recently revealed “Burn it Down,” but from this new trailer, we can see that Daughter’s songs “Departure” and “With Without” will also be included in the game. From what I can gather, these appear to also be new songs from the band, not appearing on any previous releases. Other songs confirmed for the soundtrack include Lanterns On The Lake’s “Through the Cellar Door,” Pretty Vicious’s “Are You Ready for Me,” Speedy Ortiz’s “No Below” and unspecified tracks by Koda and Broods.

Lastly, we get a look at the Deluxe Edition’s Outfit Pack, which includes three outfits for Chloe that only Deluxe Edition-owners will have access to. These outfits include the Hot Dawg Man shirt, because of course, an Illuminati shirt, a must-have for any overly-rebellious teenager, and the Punk Doe shirt, which is similar to Max’s Doe shirt from the original game, but with a black/purple color scheme instead of Max’s pink/white one.

The first episode of Life is Strange: Before the Storm comes out on August 31 and will be available for PlayStation 4, Xbox One and PC.