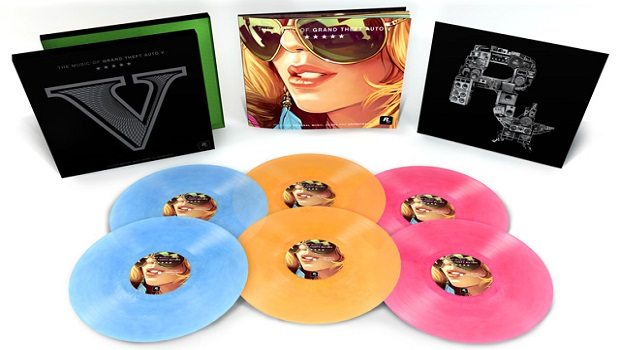 Let’s face it, a games soundtrack is very important. So what would you say if I tell you that I think it’s really hard for anyone to argue when you talk about how great the soundtrack is in the Grand Theft Auto series. For years GTA has been bringing back classic hits along with crazy radio commentary that would suck the players in as they spent countless hours driving around exploring GTA’s cities. Well if you’re like me then I have good new for you, Rockstar has announced earlier today that they will be releasing limited edition collections of Grand Theft Auto V’s star-studded soundtrack to celebrate the release of the new, enhanced versions of the game that are coming to PlayStation 4, Xbox One and PC. With collaboration with Mass Appeal Records, there will be two different versions of the soundtrack which will let you choose either CD or Vinyl. Now you will be able to listen to GTAV’s amazing soundtrack all in one collection, anywhere you go.

The limited edition collections will include 59 tracks with original music from artists such as A$AP Rocky, Tyler, The Creator, Twin Shadow, Wavves, Flying Lotus, Yeasayer and more. The original score composed by Tangerine Dream, Woody Jackson, The Alchemist + Oh No, mixed by DJ Shadow along with other incredible music will also be included. This limited edition product will run under 5,ooo units worldwide, so if you are a die-hard fan of the game or just love the soundtrack, make sure you don’t miss this amazing opportunity because I’m sure they will sell out fast.

The Vinyl collection will come with a total of six vinyl records, a full color booklet and an exclusive lithograph poster which will all come in a classic box-set.  The CD collection comes with three discs, a branded Grand Theft Auto V gold brick-shaded USB Drive, artwork and a poster which all comes in a special die-cut package. Both of these collections look great and will definitely be a nice addition to anyone’s collection. 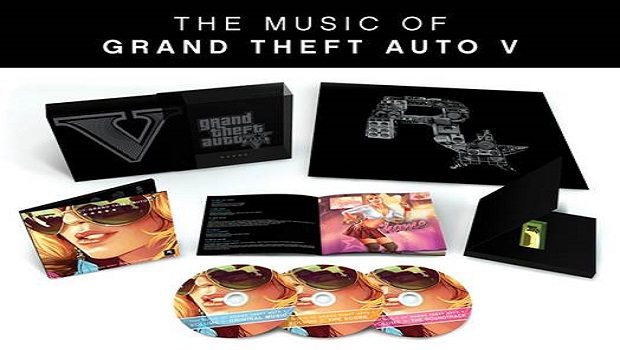 I should also add that a number of DJ’s from GTAV will be returning to add new radio content for their respective stations. The returning DJ’s are:

Other DJ’s will be returning for additional commentary including:

Both of the limited collections will be available on December 9th at top online and physical record stores.