Why go to a con IRL and get sick when you've got this? 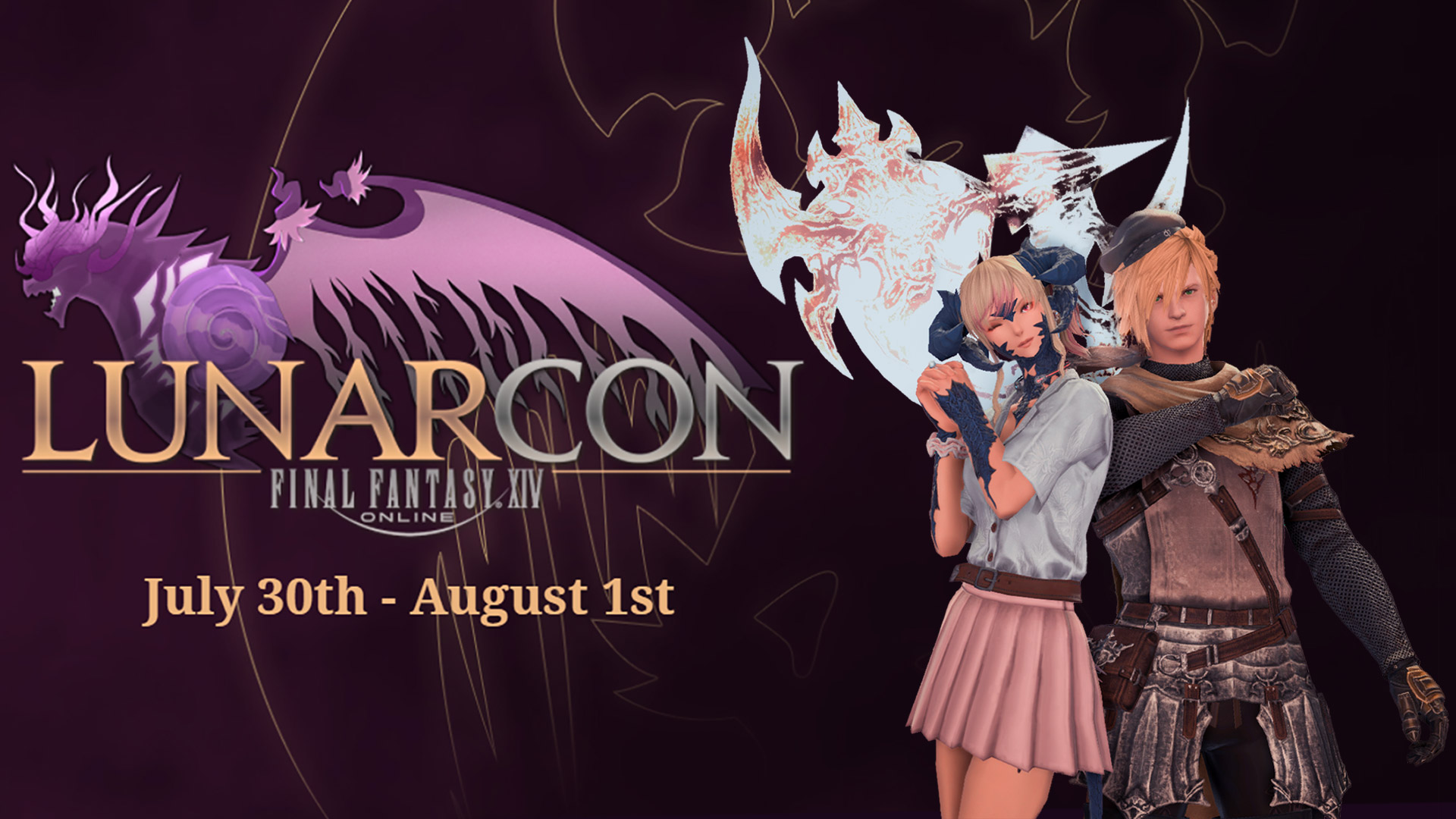 LunarCon is the latest in the wild ride that Final Fantasy XIV fans have experienced over the last few months. Led by Shenpai (Voxer Elafiel on the Brynhildr server), the fan-created in-game convention’s aim is “…to say goodbye to Shadowbringers and celebrate the new expansion, Endwalker.” This isn’t just a group of a few diehard players though, Shenpai and her team have managed to get some pretty big FFXIV influencer talent attached as guests. Of note, MTQcapture (who has created some of the best FFXIV visual raid guides around) and Larryzaur (who has created some of the most “useful” FFXIV job guides around) are expected to be in attendance. If you want to meet some of the biggest names in FFXIV’s creator community, Lunarcon will be held starting tomorrow July 30th through August 1st. Before you rush off to get your character all dolled up though, there are a few requirements that players will need to meet to take part in this fan celebration.

Good Luck Getting In

While LunarCon is open to all, it will be held on the Brynhildr Server. This means players must create a character on that server or one of the servers within the Crystal Data Center to participate. The servers on that data canter are Balmung, Brynhildr, Coeurl, Diabolos, Goblin, Malboro, Mateus, and Zalera. As of this writing, most of these servers are open for new character creation so spinning up a toon shouldn’t be hard to do. However, there is still one more thing to accomplish if you’d like to join in.

LunarCon will potentially be held across every city-state’s housing district on the Brynhildr server. This means you’ll have to proceed far enough into the main story questline to unlock the housing districts for each area. This may seem like a monumental task but it shouldn’t take more than a few hours to do so if skipping cutscenes along the way. If you are able to get into the server and have everything necessary unlocked, the convention schedule includes in-game dance performances, a dance night with a DJ (unsure how all that will work), and a Feast tournament (four on four PVP battles). Events like this usually cause some server stability issues so here’s hoping Square is aware and ready for the surge of players coming over the next few days.

Final Fantasy XIV is available on PC, PS4, and PS5. To learn more about LunarCon, visit their official website.