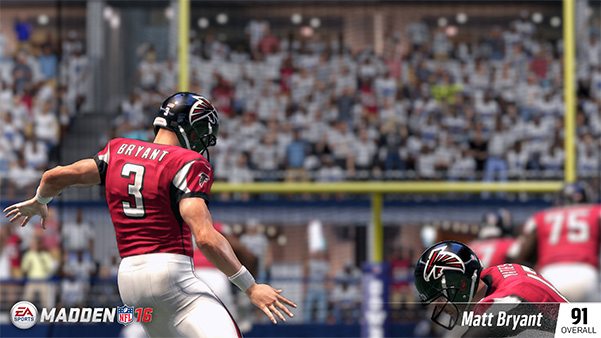 Madden 16 is now available for you to play for a select amount of time for those who are EA Access subscribers.

EA Access allows gamers to play the newest EA games a few days earlier than anyone else. The only catch is that you can only play the game for 10 hours. Still, it’s better than nothing.

If you are an EA Access member, you can play Madden 16 by finding it in the Xbox Marketplace. There should be a “Try It Out” option. The file size for the game is 19.36GB.

As you might know already, EA Access is exclusive to the Xbox One only. EA approached Sony to add it for PS4 gamers, but they were not interested in the deal.

There is no Madden 16 demo so EA Access is the only way you can play the game before the official August 25t, 2015 release date. Your progress will be carried over if you decide to purchase the full game. You also get a 10% discount if you buy the game digitally on the Xbox Live Marketplace too.

Many other EA Sports games will be available early on EA Access as well. Although the most popular game will be Star Wars Battlefront.