Ever wanted SpongeBob to stare at you while you play football? 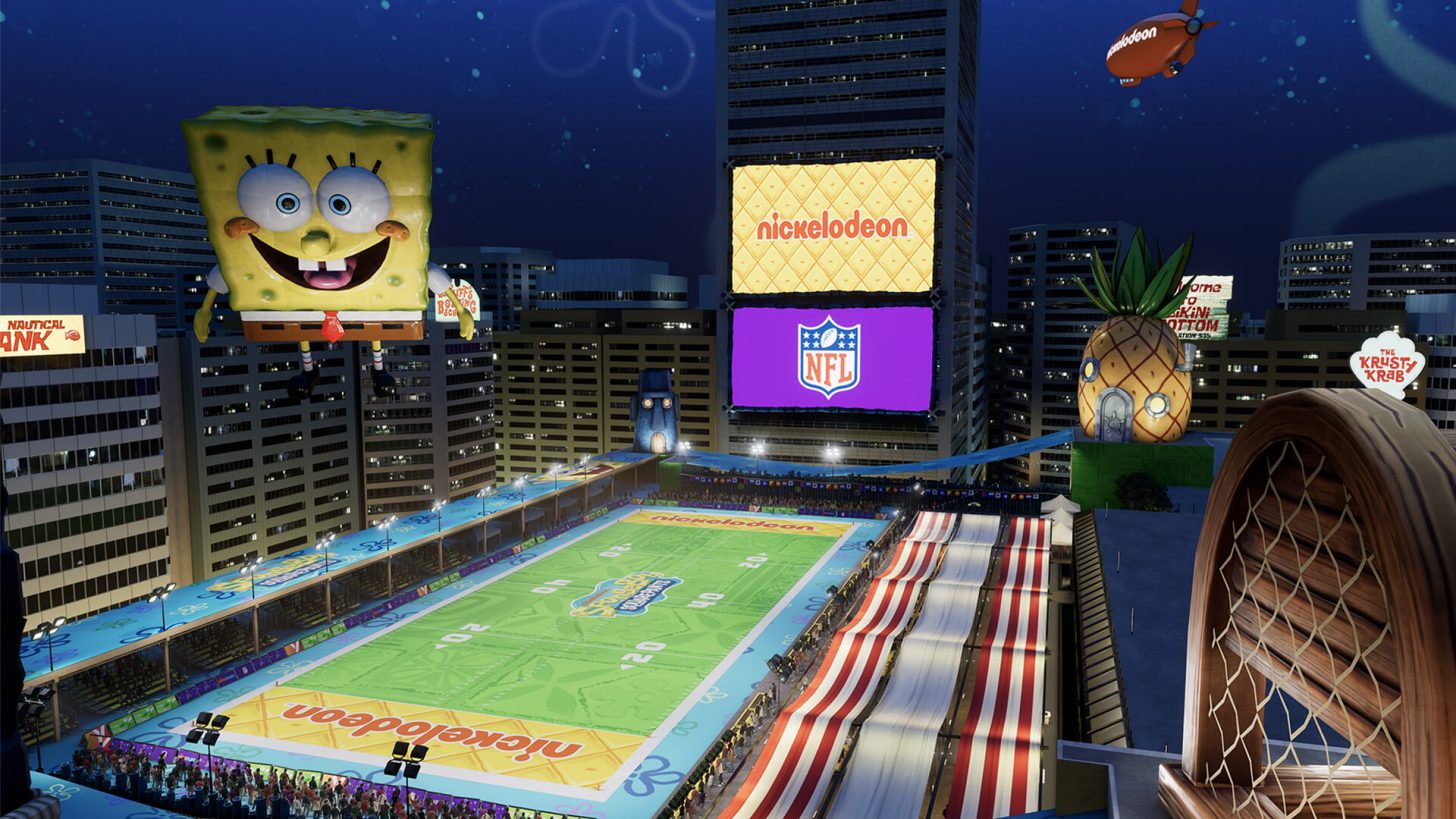 The NFL’s unique partnership with Nickelodeon has entered the gaming sphere, as Madden 21 now has a SpongeBob SquarePants-themed field, complete with a giant inflatable of the titular character staring down at players.

Referred to as The SpongeBob Reef Top, this new field is available in The Yard, a new game mode for the most recent iteration in the Madden franchise in which players engage in an arcade-style battle featuring some of the NFL’s most prolific figures. Reef Top has changed up the traditional football aesthetic, with pineapple-themed end zones and models of The Krusty Krab and the homes of SpongeBob and Squidward, as well as some other nods to the show.

This new collaboration drops just a few days before Nickelodeon is set to broadcast an NFL playoff game between the New Orleans Saints and the Chicago Bears on Sunday at 4:40 p.m. ET.

A more in-depth tour of the field can be seen in this video, posted on Twitter by the official SpongeBob account.

The content update also includes new modes that alter the way the game is played, including “The Flying Dutchman’s Ghostly Grab,” which enhances the catch mechanics, “Sandy’s Rocket Arm Rally,” which allows players to “launch passes 80 yards or more” (in true Patrick Mahomes fashion), and “The Goo Lagoon Bowl,” which tests a player’s ability to navigate around patches of- you guessed it- goo.

It isn’t clear how long this partnership will last, though it can be assumed that the gear will be attainable for a limited time only.