The latest news in the world of video games at Attack of the Fanboy
March 6th, 2015 by Dean James 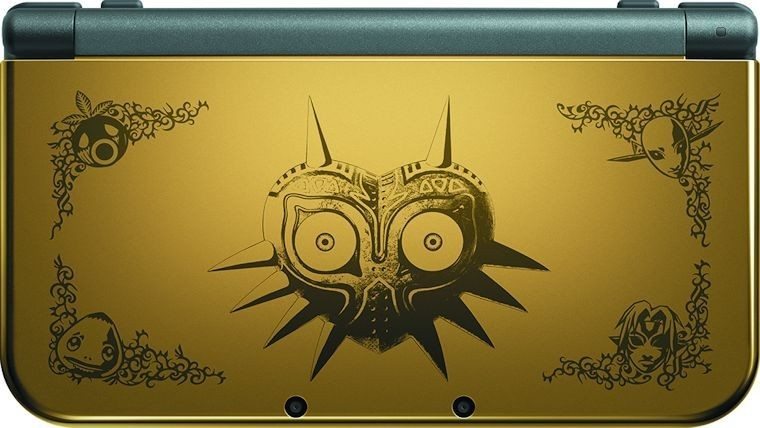 The much awaited Majora’s Mask 3D arrived a little less than a month ago alongside the release of the New Nintendo 3DS. While playable on all original versions of the handheld, Nintendo released a special Majora’s Mask New 3DS XL handheld that was about as limited as it gets on something that was available to the public. Since release, it has been impossible to find the handheld for anything close to retail price online, but GameStop did offer a very intriguing bundle for a limited time yesterday.

For less than an hour yesterday, GameStop’s website was selling a Majora’s Mask New 3DS XL bundle for $336.93, which included a number of items, one of which is almost as sought after as the console. Included in the bundle were the following:

All of the items listed above total exactly to the cost of $336.93 that GameStop was asking, so while it was no bargain, it was a way for gamers to buy some nearly impossible to get products at MSRP within this bundle. Even the Collector’s Edition Guide is fairly rare right now.

Sadly, this bundle sold out very quickly, but GameStop is known for putting up a bundle multiple times, so keep an eye out the page in the near future in case it goes back up. Honestly, you may not be able to even get the system itself on eBay for this price, so it would be very worth your while here. I personally would recommend looking into some sort of page monitor add-on for your browser in this case.