The latest news in the world of video games at Attack of the Fanboy
January 22nd, 2015 by Dean James 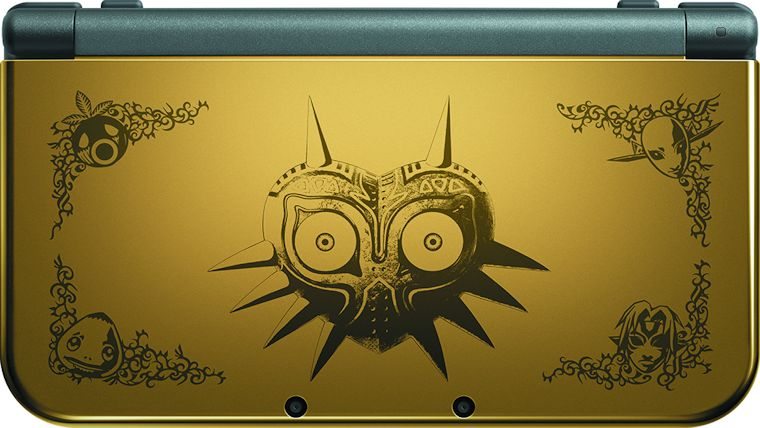 Nintendo fans have certainly had a rough go at it lately, courtesy of the terrible time getting many of the more collectibles products from the company, including amiibo, The Legend of Zelda: Majora’s Mask Limited Edition, and most recently the Majora’s Mask New Nintendo 3DS XL. Prior to a few hours ago, GameStop and Best Buy were the only sites to take pre-orders for the handheld, but another retailer jumped into the fray tonight at a little after 3 am EST and managed to sell out before hardly anybody knew they were up.

With Majora’s Mask being one of my favorite games of all time, this handheld is something I absolutely must have, so I have been keeping up with it very closely. This includes alerts, browser alarms and pretty much anything that could help. However, when the alert came in just about an hour and a half ago that it was up on Target.com, it was instantly gone already with just a greyed out “pre-order now” button when I pulled it up less than a minute later. Many who saw this thought that it just hadn’t actually gone up yet, but reports from Reddit and NeoGAF said the handheld was available for only a few minutes before selling out entirely for now.

Redditors even called Target and got confirmation that the handheld had already gone up for sale and sold out, but that another batch of pre-orders would be coming. The biggest problem is that it appears there was absolutely no limit to how many systems you wanted, so with Target not charging until close to ship date, scalpers probably had a field day in this limited time. To sell out in only a few minutes in the middle of the night is certainly a concern, basically mirroring what happened with the Rosalina amiibo pre-orders as well. Hopefully other retailers like Walmart and Toys R Us may join in soon, so stay tuned for any updates.