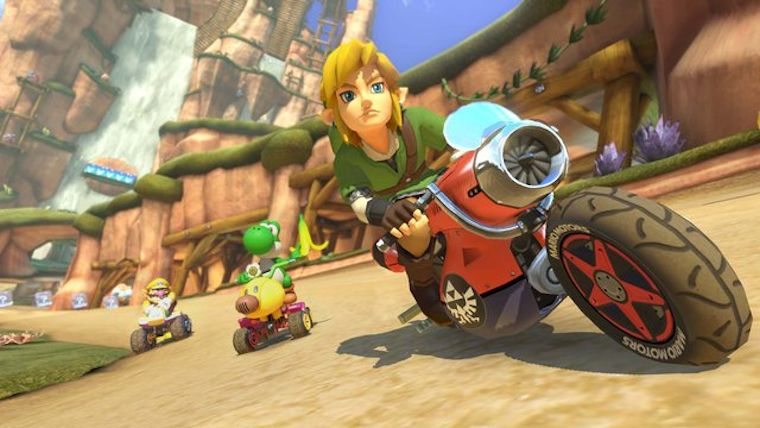 While we learned about the two upcoming packs of DLC for Mario Kart 8 awhile back, which is a big deal for a first party Nintendo game like this, only a release window of November was known previously. As we told you earlier today, the speculation was that it would be coming on November 13, due to the amiibo compatibility update coming the same day, but now we know the date for sure.

The first DLC pack for Mario Kart 8 will arrive next Thursday, November 13, which is absolutely chocked full of content. Most excitedly for most, the pack will bring Link from The Legend of Zelda as a playable character, but also Tanooki Mario and Cat Peach are being added. Eight full tracks across two new cups are being added as well, including stages such as Yoshi Circuit and Excitebike Arena. Lastly, four new vehicles will also be included, such as the Master Cycle and Blue Falcon.

As also leaked previously, the Nintendo Direct officially confirmed that using specific amiibos in the game would unlock special costumes based on said characters for the Mii racers in the game. These include many characters that are not in the game, such as Captain Falcon and Samus, but some others like Pikachu are left out for some reason.