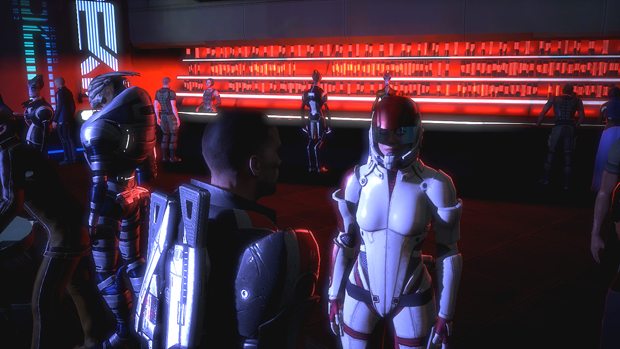 The date has been set.  PlayStation 3 owners have something to look forward to for 2011, other than the unbelievable PS3 exlcusive games due out in Q1.

One of 2010’s finest games, Mass Effect 2, is coming to the the console on January 18th, 2011.  Mark you calendar, get your pre-order, or whatever it is that you do, you finally have a date to look forward to.  I know what you’re saying to yourself,  b..b..but I never played the first Mass Effect.

Well EA and BioWare are releasing an interactive comic summarizing the events of the first game and it lets you make interactive choices that carry over to your Mass Effect 2 game.   Yeah, it’s not as good as playing the full game, but believe me, standalone Mass Effect 2 is worth it.

Plus, because Bioware hearts you, Blood Dragon Armor, Kasumi, Project Overlord, Lair of the Shadow Broker, and Stolen Memory are all gonna be on the disc as well.