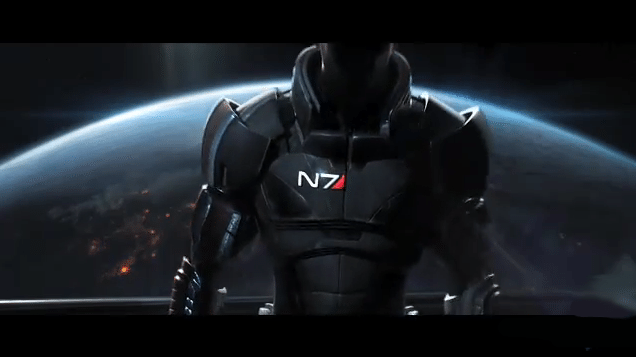 With Mass Effect 2 being a huge success on the already long and distinguished list of great games from Bioware, you’d think that most of Mass Effect 3 will be similar.  Leave it to Bioware to try and out-do themselves with the sequel.  One of the features that will be getting a bit of a tweak is the combat.  Casey Hudson of Bioware revealed to Game Informer that although he believes the formula from Mass Effect to be “right”, he also “thinks there are tweaks we can make to that”.

On of the biggest parts of the combat in the Mass Effect series are the cover mechanics, and according to the preview in the May issue of Game Informer, Mass Effect 3 will have enhanced cover mechanics.  Shepard will be able to execute a roll, so it appears that there will be more of a free flowing feel to the gunplay.  Which is going to be neccessary because Hudson reveals that enemy AI is much more aggressive.

“They have very specific roles on the battlefield, and those roles – like chess pieces – work together a lot better because they have unique tactics”, Hudson explained.

I don’t know about your Mass Effect 2 playthrough, but the enemy AI was plenty aggressive on the harder difficulty levels.  Getting further into the campaign, the Insanity difficulty level really lived up to it’s name.