Metal Gear Online DLC To Have Playable Quiet And More 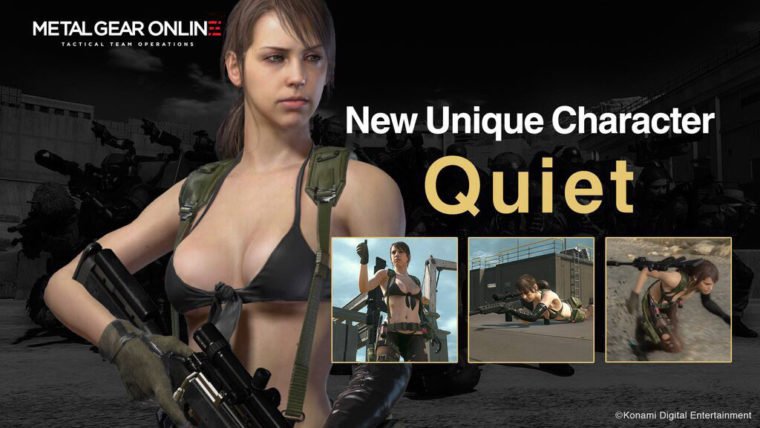 Konami has outlined more details on upcoming DLC that will be released for Metal Gear Online. Gamers get a chance to play as a new character as well as explore three new levels.

All of the new DLC announcements were revealed via the official Metal Gear Online Twitter page. The biggest announcement is that Quiet will somewhat be playable in Metal Gear Online. The popular sniper is being added as a “Unique Character” which means a random player gets a chance to control her.

In other exciting news, the game will also be adding three new maps. The new maps are: “Coral Complex,” “Ruse Palace,” and “Azure Mountain”. Sadly, Konami gave no indication on the price of the DLC but did note that it will be released in March 2016.

It will be interesting to see how much longer Konami plans to support both Metal Gear Online and its base game Metal Gear Solid V: The Phantom Pain. At this point of production, the game is no longer under the guidance of Hideo Kojima after he departed Konami late last year.