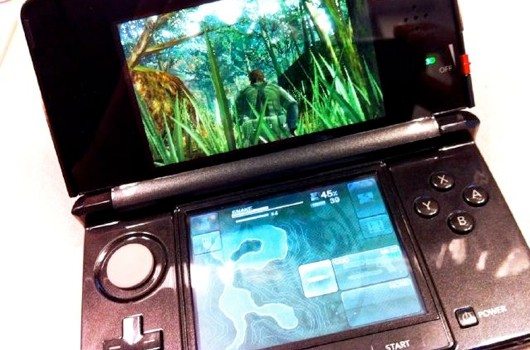 Hideo Kojima recently snapped a photo of Metal Gear Solid: Snake Eater for the 3DS, and uploaded it for his followers on his Twitter account.  Initially shown off last year at E3 for the first time at the Nintendo Press Event, not much has been heard about the game.  Well at least we know this isn’t the Kojima based title that recently got the axe.  The image that was recently uploaded, shows off the game’s interface which can be found on the lower screen on the 3DS.  It looks like the map and weapons selection options are all going to be handled from there.

Hopefully, Konami and Nintendo have something playable at E3 for Metal Gear Solid: Snake Eater 3D.