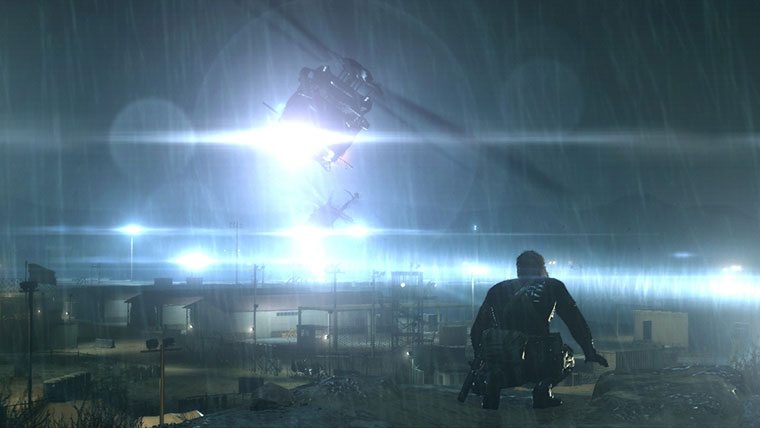 Metal Gear Solid V: Ground Zeroes has been given a release date over the weekend.  Expect the prologue to “The Phantom Pain” to arrive on March 18th, 2014.

Hideo Kojima sat down with Microsoft for an interview about the new game.  He explained his vision for MGSV, and how it’s not all about just being an open world.  Metal Gear has long been about stealth, and MGSV will be no different.

“First of all, to avoid confusion, I would like to clarify that my vision for “MGSV” does differ a bit from what most people may assume when they think of the current “Open-World” genre,” Kojima explained. “A more accurate way to describe it would be a “stealth simulator” in an open world environment.  The open world elements exist to remove the rails from the stealth experience, allowing players to freely plan their own routes and experiment with their own unique infiltration strategies. However, at its heart, the gameplay is all about stealth and we don’t intend to shift the focus away from that.”

Kojima Productions also issued the latest Xbox One gameplay footage of Ground Zeroes in the video below.