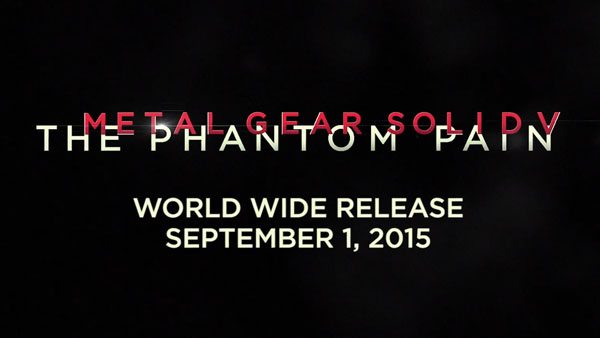 This was all due to NeoGaf user Nibel whom was able to uncover an IGN video that revealed an interview with head of Kojima Productions, Hideo Kojima which revealed the release date for the game. The reveal was a bit lackluster than what many of us expected, but at least it is coming out this year.

Metal Gear Solid V: The Phantom Pain will launch for PlayStation 4, Xbox One, PlayStation 3, Xbox 360, and PC on September 1st 2015.