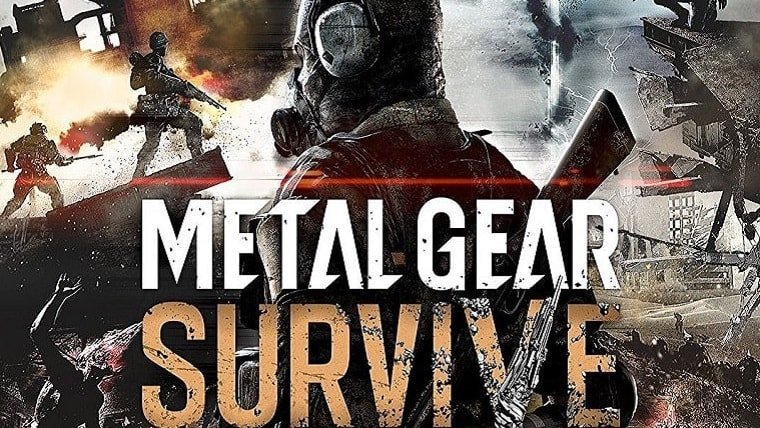 Konami has announced that Metal Gear Survive, the zombie-filled spinoff of the Metal Gear series, will be launch in North America on Feb. 20, Japan on Feb. 21 and Europe on Feb. 22.

Those who pre-order will get the Survival Pack which comes with four gold-plated weapons (bat, sledgehammer, survival machete, and survival spear), two additional gestures (happy and thumbs-up), four metallic survival scarves (green, blue, pink, and silver), “Kabuki” face paint, a boxman “The Orange” accessory, as well as a Mother Base name plate. 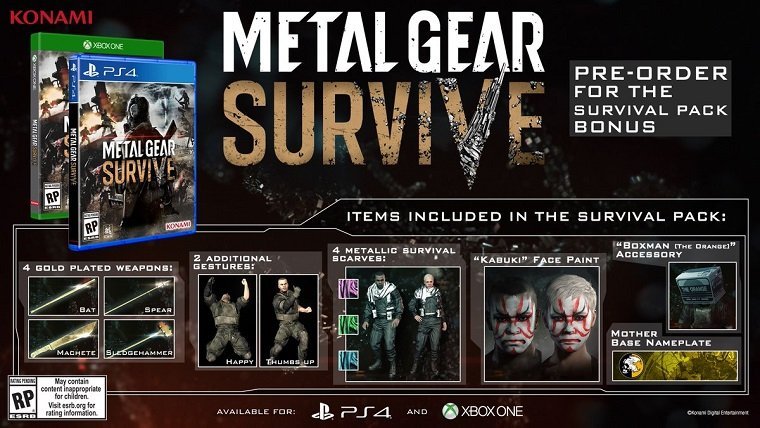 Metal Gear Survive was initially supposed to arrive this year, but at E3 2017, Konami announced it would be delayed to early 2018 due to needing more time to polish it up.

And as you might recall, Metal Gear Survive will be the first Metal Gear title to be released since series creator Hideo Kojima parted ways with Konami. Unlike every other entry in the series which deals with espionage and reside on the same timeline, Survive takes place in an alternate reality after the events of Metal Gear Solid V: Ground Zeroes.

Most notably, Metal Gear Survive will have the player (along with their friends) deal with what are essentially zombies, something that Kojima was quite vocal about not being involved with when he was questioned about the game at TGS 2016.

“I know absolutely nothing about it,” Kojima said. “That’s because it’s totally unrelated to me, right? Um, how should I put this? Well, for me, Metal [Gear] is espionage with political fiction. Right? So, because of that, there’s no reason that zombies would show up.”

This statement added fuel to a feud between Kojima and Konami which lasts to this very day.

To reiterate, Metal Gear Survive will arrive for the PlayStation 4 and Xbox One on Feb. 20, 21 and 22 in North America, Japan and Europe, respectively. There was no mention of the PC version in the announcement.