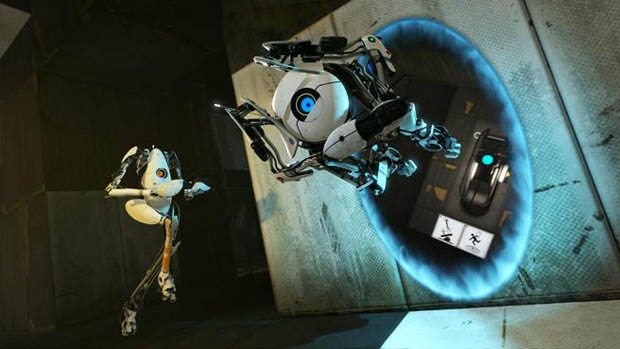 Earlier this year Valve made a surprise announcement that Portal 2 would have features exclusive to the PlayStation 3 version of the game that other console wouldn’t be getting.  Cross-Platform integration with Steamworks, was big incentive for gamers to purchase the game for the PS3.  This cross-platform integration with Steamworks would allow PS3 players to play with Steam players once Portal 2 is released next month.  Better yet, PS3 gamers will get a free copy of the PC version of the game with their purchase.

In a recent interview, Doug Lombardi of Valve Software recently told Aus Gamers the reasoning behind the exclusive content coming to the PS3.

“We offered it to everybody; our goal is to have folks be able to access their games on whatever platform they’re on and as much as we can deliver that through Steam, the better. It’s worked really, really well on the Mac; we’re going to deploy our first experiment with Portal 2 on the PS3 and folks seem really, really excited about it. We’ve put a lot of time and detail into that so that the experience is highly satisfactory, right out of the gate.

“So we’ll see where it takes us. I mean, again, our goal ultimately is that folks pay for a game and then whatever platform they sit down in front of, it’s there for them. That just seems right. That’s the way your music is, right? It doesn’t matter; you don’t have to pay for it on your car stereo and on your home stereo, it’s just your music. So for us, that’s kind of a philosophical goal to get to and we’re taking baby-steps towards it.

“I think we made a really nice move last year with the Mac and hopefully this year, we’re able to move things forward on the PS3 a little bit and we’ll see where the future takes us. “

As someone that plays some of the older Valve titles still on both the PC and Xbox 360, Microsoft’s closed online service really does a disservice to Valve games.  The company is notorious for supporting their games for years after the fact.  Updating constantly with new free content on the PC is a big plus with Valve games.  Where Microsoft has their update process which takes weeks for things to get through the approval and deployment process, Steam updates come much more frequently.  The PS3 version of Portal 2 definitely has the upper hand when it comes to console versions of the game but like Doug said, they’ll take baby steps with the PS3 and see where the future takes them.