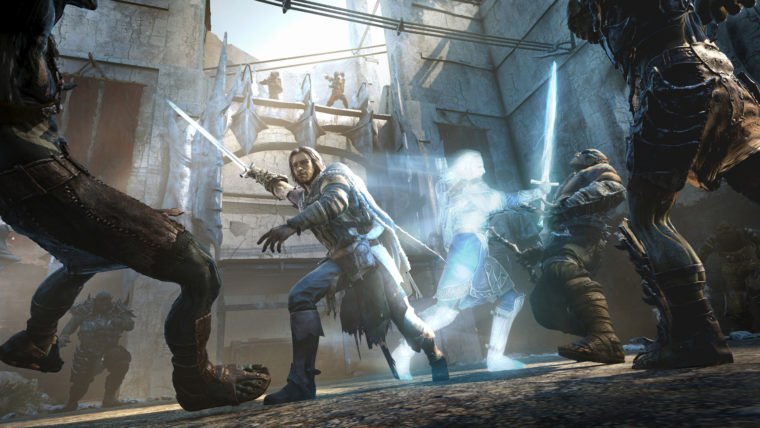 WB Games has released a new trailer for Middle-Earth: Shadow of Mordor showing of “The Wraith” and its various powers. The game is an action RPG that takes place between the events of The Hobbit and The Lord of the Rings serving as a story bridge between the two.

Players will take on the role of Talion, a ranger with nazgul-like abilities. While controlling Talion you can either be a ranger or a Wraith with each form having its own abilities and stats. The new trailer shows off the special powers you will have while in Wraith form.

At SDCC the Wraith was revealed to be Celebrimbor, the greatest Elven smith of the Second Age. Using his special powers will greatly enhance the effectiveness of Talion on his adventure. Using the Wraith’s mind warping abilities Talion can “dominate and terrorize” his enemies. This will allow the player to identify particular strengths, weaknesses and even the fears of different enemy types found throughout Middle-Earth.

Once known, the player can exploit their fears causing them to flee the battle in terror. Much like Sam did when saving Frodo from a tower full of orcs, players will be able to utilize their abilities to turn enemies against each other. This type of dynamic play fits right in with the theme of Middle-Earth: Shadow of Mordor, which focuses on allowing players to create a unique totally unique experience on every play of the game.

Middle-Earth: Shadow of Mordor uses a system called Nemesis which remembers the players interactions with certain characters they will meet during their adventure. It then adjusts the game in accordance with their actions, causing a totally different experience depending on how you play.

Middle-Earth: Shadow of Mordor will be released on PS3, PS4, Xbox 360, and Xbox One on September 30th 2014. A PC release will hit shortly thereafter on October 2nd.