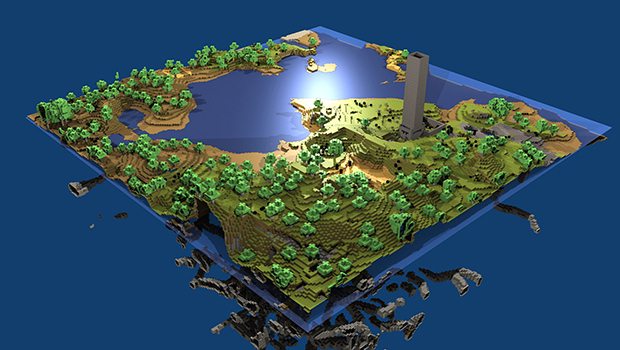 To say that Minecraft has been success on the Xbox 360 would be an understatement. The port of the popular PC block building title has probably exceeded any expectations that Microsoft had for the game. A recently released update has pushed Minecraft past Call of Duty: Modern Warfare 3 as the #1 game on the Xbox 360 for the week of October 15th.

Selling over 4 million copies since launch, Minecraft on the Xbox 360 saw more unique users playing on Xbox Live than the popular shooter. A title that the Modern Warfare 3 has held since the game launched late last year. Looking down the top twenty list, even the Call of Duty games from years ago still reside in the top 10. The original Black Ops and Modern Warfare 2 still reside in the top ten on a weekly basis.

A highly anticipated patch that brought the Xbox 360 version of Minecraft closer to parity with the PC version is likely the reason for the popularity surge. For the full list of the most popular games on Xbox Live, head over to Major Nelson’s Blog.