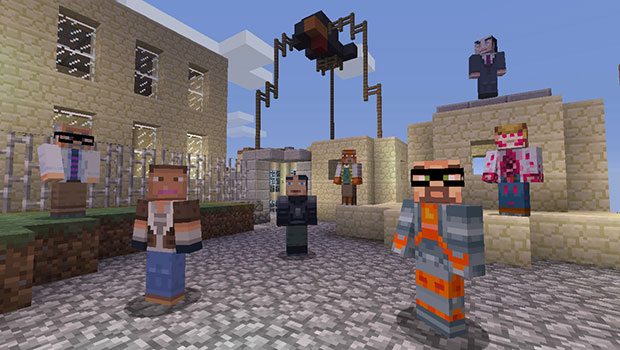 Minecraft Xbox 360 Edition is getting a brand new round of character skins to spice up your creations. This third character skin pack features skins for characters from Half Life, Portal, and a handful of indie titles. The popular characters from Valve’s Half Life games include G-Man, Alyx Vance, Gordon Freeman and other characters which can be found in the screenshots below.

Minecraft on the Xbox 360 recently saw patch 1.8.2. pushed to the console, which featured a laundry list of changes to the build anything brick laying survival title. For a full run-down of the newly minted features, head over here for the full list.