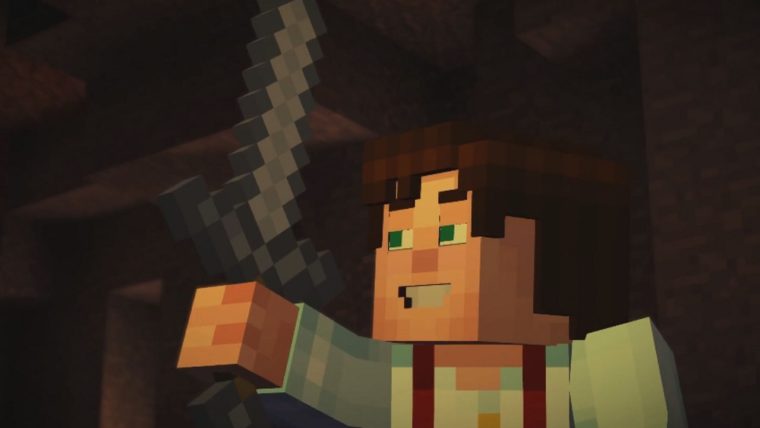 UPDATE: Minecraft: Story Mode will hit digital stores on October 13th for PS3, PS4, Xbox 360, Xbox One, Wii U, and PC. Retail versions of the game will follow on Ovtober 27th.

Telltale is just one episode away from concluding both of their currently running series, which means it’s time to start ramping up for some new titles. The first is certainly Minecraft: Story Mode, which takes the hugely popular survival/open-world/creation game and throws in a traditional style story. The game was showcased at last month’s PAX Prime convention, leading many to speculate that it will release soon.

That speculation seems to be correct with Telltale announcing that some big news would come this morning, hinting that it will be the official release date of the Minecraft: Story Mode premier episode. The announcement went further, saying that the “series premier is closer than you think.”

Usually when Telltale starts making announcements like this it means the game’s release is within days, or just a couple of weeks at most. However, that would put Minecraft: Story Mode’s premier before the final episodes of either Game of Thrones or Tales from the Borderlands. Could Telltale break their apparent “rule of two” and have three concurrently running series for a time?

Both of those series are set to conclude fairly soon, so perhaps they’ll just extend their announcement window a bit, revealing Minecraft: Story Mode for an October release of some kind. We should find out fairly soon, so check back here for an update as soon as the new hits.