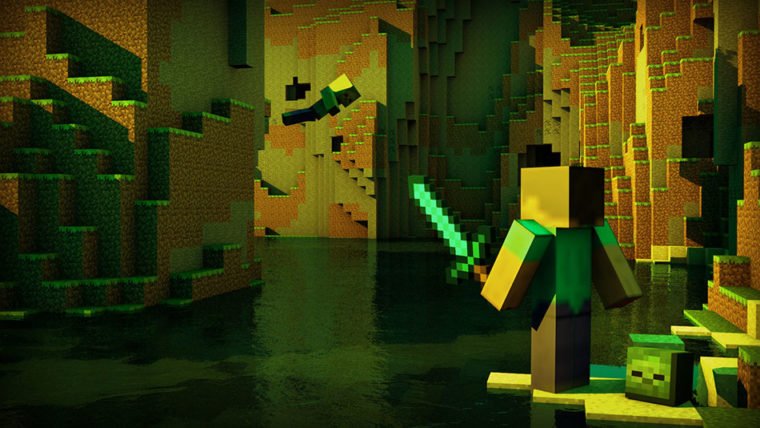 We’ve known cross-platform multiplayer was coming to Minecraft for a while, but didn’t really know when it might hit. Apparently it is very soon, with Microsoft announcing that the next update for Minecraft: Windows 10 Edition Beta will add the feature. Unfortunately it is only allowing cross-play between Windows 10 and Minecraft: Pocket Edition, but this is simply the first step in a long process.

“The upcoming 0.12.1 update is, in a word, awesome,” reads the announcement. “For the first time ever, up to five friends can play cross-platform multiplayer on a local network between Minecraft: Pocket Edition and Minecraft: Windows 10 Edition Beta. The Windows 10 Edition Beta also now allows up to five friends play together over Xbox Live. And no matter what edition you’re playing, you’ll be able to buff up your equipment with special effects from enchanting tables.”

This update will also be the biggest one ever for Minecraft: Pocket Edition, adding in “a host of highly-requested catch-up features for mobile players. For starters, you’ll get to enjoy revamped touch controls, controller support, and the controller mapping screen. You’ll also be treated to the same enhanced weather effects that Windows 10 Edition Beta players have received, including snow accumulation and directional rain. And in addition to plenty of new goodies to build and potions to brew, you’ll now be able to encounter golems and ocelots, and even explore the Nether. Finally, this update brings the ability to sneak and sprint in Pocket Edition.”

We don’t have an officialy date for Minecraft update 0.12.1, but with this announcement arriving today it shouldn’t be too long.