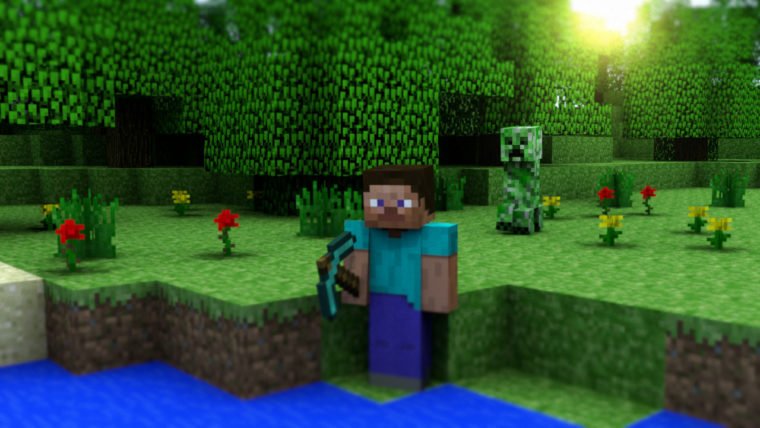 Direct Link Download, notes the update should be available now for PS4, PS3 and PS Vita in Europe and Japan. The update will be coming later today in North America.

The new Minecraft patch update fixes a ton of issues and also adds support for the Star Wars skin packs. The skin packs include several favorite Star Wars characters to get you hyped for The Force Awakens this December.

The Minecraft 1.19 update patch notes are:

*Optimized water rendering.
*Fix for some instability when adding and removing players from a game.
*Fix for particle effects not displaying at high altitudes.
*Fix for an issue where the Fuel meter in a Furnace could be reset when using a Lava Bucket.
*Fix for an ingredient added to a Beacon interface would be lost when entering/leaving the End or the Nether.
*Fix for an issue when renaming a world save and quickly loading the world.
*Fix for an issue where the tick rate in a chunk would run too fast when the chunk was unloaded and then reloaded (MCCE-390).
*Fix for Enable Flying host option causing healing to revert to classic mode.
*Fix for an issue with a Potion of Swiftness not working for splitscreen players.
*Fix for ‘Can Build And Mine’ privilege stopping players using potions.
*Fix for ‘Can Build And Mine’ privilege stopping players equipping armor from the hotbar.
*Fix for putting out fires with buckets of water making a wood breaking sound.
*Fixed an issue with Iron Golems trying to give a flower to a villager, but the flower not being present.
*Fix for a problem with water flickering at a distance when using the Natural Texture Pack.
*Fix for a problem unlocking the Enchanter trophy when using Classic Crafting.
*Fixed an issue where low opacity settings would cause the Ender Dragon and Wither health bars to be displayed inconsistently.