The latest news in the world of video games at Attack of the Fanboy
February 4th, 2016 by William Schwartz 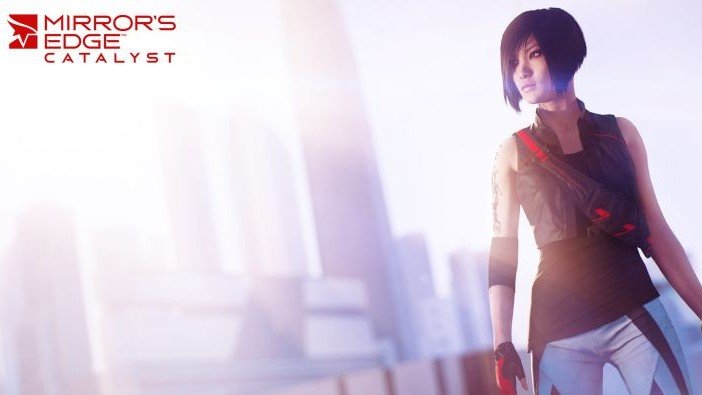 A story trailer called – I am Faith, has been released by D.I.C.E and EA in anticipation for the release of Mirror’s Edge Catalyst this summer, with the announcement of a closed beta.  The description of the trailer reads:

Faith Connors is a self-assured thrill-seeker and one of the best Runners in the city of Glass. But Faith’s carefree days are numbered. As she crosses paths with the evil Gabriel Kruger and the city’s oppressive Conglomerate, Faith finds herself running for something far more important. Playing Mirror’s Edge Catalyst, you’ll experience a rich storyline with a heroine-to-be fighting for both the city and herself. Use the fluid movement and your combat skills to be the Catalyst of change.

Mirror’s Edge Catalyst, will release on Xbox One, PS4, and PC on May 24th, 2016. The game will feature a open-world, and more fluid parkour controls that allow for seamless climbing and navigation throughout the state-controlled city. I was able to play Mirror’s Edge Catalyst back at E3 2015, and came away very impressed. The combat was much more impressive then the first title, and running through the city gave a sense of freedom that’s rare in some open-world titles.

Sign-ups for the closed beta are currently underway at the official website for all three platforms.