Call of Duty players should consider a change of strategy, according to this blog post. 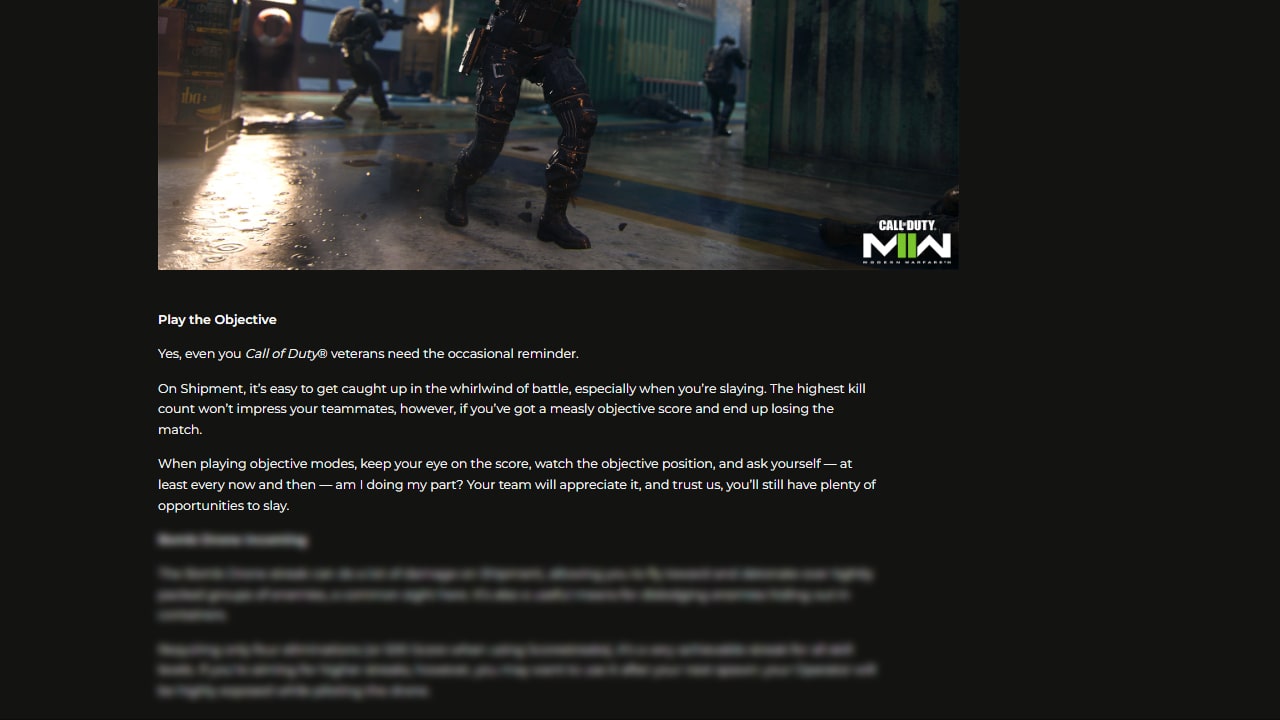 Teamplay is something that many multiplayer games lack. Most players in action-oriented games like First Person Shooters and massive competitive experiences tend to focus on their success, sometimes leaving their team behind and jeopardizing their chances to win. Modern Warfare 2 developers noticed this and left an interesting message in their latest blog post.

On December 12, a blog post on the official Call of Duty website left a peculiar message directed to players, and so far, many of them have been sharing their statements on social media. According to the blog post, your teammates will not care about your score if you have a poor objective score and make them lose the game.

The article also stated that players should keep their eyes on the objective score and ask themselves if they are useful to their team. This is another simple way of saying to players they should play their game modes as intended and avoid being selfish by focusing on their score.

Many players are not concerned about contributing to their team in game modes like Domination, Hard Point, and even Kill Confirmed. Most players tend to treat these game modes as another team deathmatch experience.

Some Call of Duty players have complained about this issue on social media, but most Call of Duty players go into their matches looking for exciting killstreaks and amazing clips to share with their friends. Something less likely to happen when holding a site when playing Domination or Hardpoint.

Call of Duty and team play are not words that many players are used to seeing together, but developers are trying to encourage it. Teamplay is more common in games like Valorant, Battlefield, and Destiny 2.

Chances are that Call of Duty players ignore this message and keep playing through their matches as on any other day. The average Call of Duty player is looking for a fun match, and for many, that is killing lots of players and getting an impressive kill cam at the end of the match, but that is nothing new. Call of Duty has been known for many years as a title for fast matches and impressive montages, so changing players’ minds will be harder than it looks.