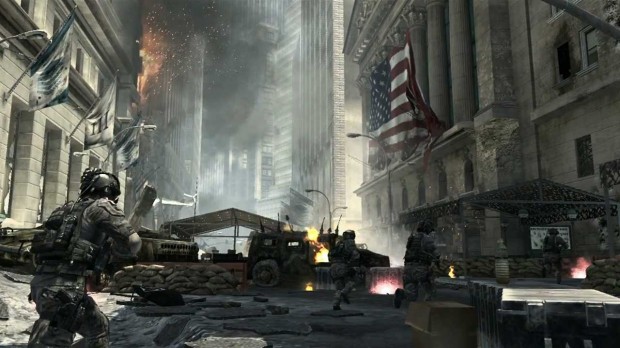 Call of Duty: Modern Warfare 3 will have little competition when it launches on Steam this fall.  Its major competitor, EA’s Battlefield 3, has decided to launch without offering on the service, and Valve has recently revealed the details for PC players of Modern Warfare 3 on Steam.  According to Valve’s recent press release, Modern Warfare 3 will be utilizing Steamworks, and is available for pre-order.

With Steamworks, the PC version of the game will come with all of the Steamworks functionalities, these include auto-updating, the achievement system, and chat features of the service.  At launch, Modern Warfare 3 will also feature dedicated servers on PC.  The damned if you do, damned if you don’t feature was something that Call of Duty: Modern Warfare 2 did not include.

Now what exactly we’ll be playing on these dedicated servers is another question completly.  The game has had a fairly clandestine development process with both Infinity Ward and Sledgehammer Games keeping quiet about what to expect from Modern Warfare 3’s popular multiplayer component.  New details are headed our way at the Call of Duty: XP Event this September.