Modern Warfare 3 To Be Officially Revealed on May 20th Edit: 23rd 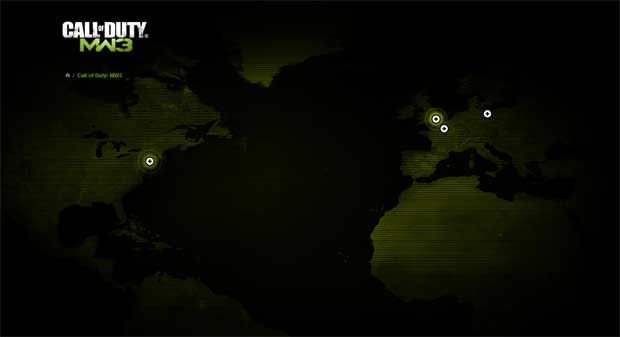 Modern Warfare 3 is getting set for an official reveal on May 20th.  Amidst all the rumors that have been flying about the game, it looks like Activision is finally readying to loosen their lips about the officially unannounced title.  GameStop sent out a batch email in a promotion for the game claiming recipients to be the “first to know”.  However, considering that everyone does already know, it looks like Kotaku foiled their plans for the super secret email promotion.

In response to a massive leak by Kotaku, Robert Bowling of Infinity Ward revealed a few teasers for the game to confirm that Modern Warfare 3 was indeed a reality. Yesterday online retailers started accepting pre-orders for the game, and as advertised in the GameStop email, if you pre-order from them you’ll get a two sided Modern Warfare 3 poster which should be in-stores soon.

Update:  Last night, while watching the Mavericks vs. Thunder there was a commercial announcing a May 23rd date.  Maybe GameStop WILL have the scoop early.