Monster Hunter to the 3DS? 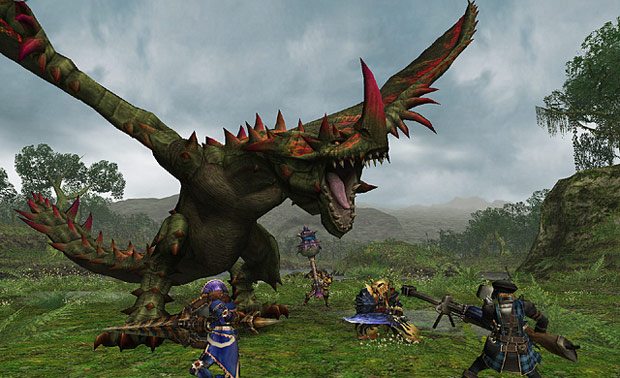 The Monster Hunter series producer, Ryozo Tsujimoto,  recently commented on a possible platform change in gaming magazine, Gemaga.  Ryozo hinted at a possible change to the 3DS, stating that ” The 3DS is releasing, too, so I think the right time to switch Monster Hunter to new hardware is coming as well.”

As interesting as this sounds, Monster Hunter is a PSP game in Japan at this time. Capcom has recently expanded the audience for the game to the 360 and Wii consumers as well,  so there’s likely many who wouldn’t mind a 3Ds version on the upcoming handheld.

It’s unclear if we can take Tsujimoto’s comments as set in stone at this point, if they are awesome hint, or just speculation.  But it is interesting nonetheless.  Monster Hunter is not on the list of 3DS games that will be being shown at Nintendo World in January.