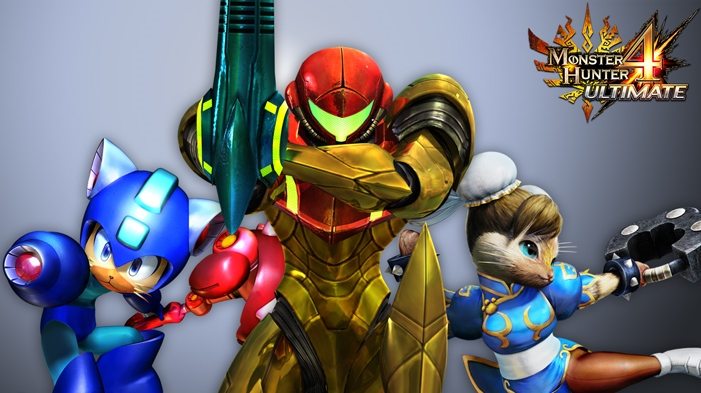 Monster Hunter 4: Ultimate has been pretty good about giving back to fans as far as continuous free content and DLC such as costumes and even quests. This month makes no exception as it adds some Palico costumes and hunter garb as well.

Announced earlier today via the Capcom Unity Blog, the May free DLC content for Monster Hunter 4: Ultimate is set to include a Metroid inspiried hunter outfit and Zero suit as well as new quests, items, and guild card customization options. Check out the list below.

Rundown Of Everything New

Capcom has also released a trailer to showcase May’s free DLC for Monster Hunter 4: Ultimate. Check out the content in action.

It’s great that Capcom continues to release free content for the game months after release. The extent of the content is also impressive adding more than ten new quests is quite a bit. Coupled with the past few months of content, Monster Hunter 4: Ultimate fans will have plenty to enjoy.