A chance to earn some Monster Hunter Amiibo 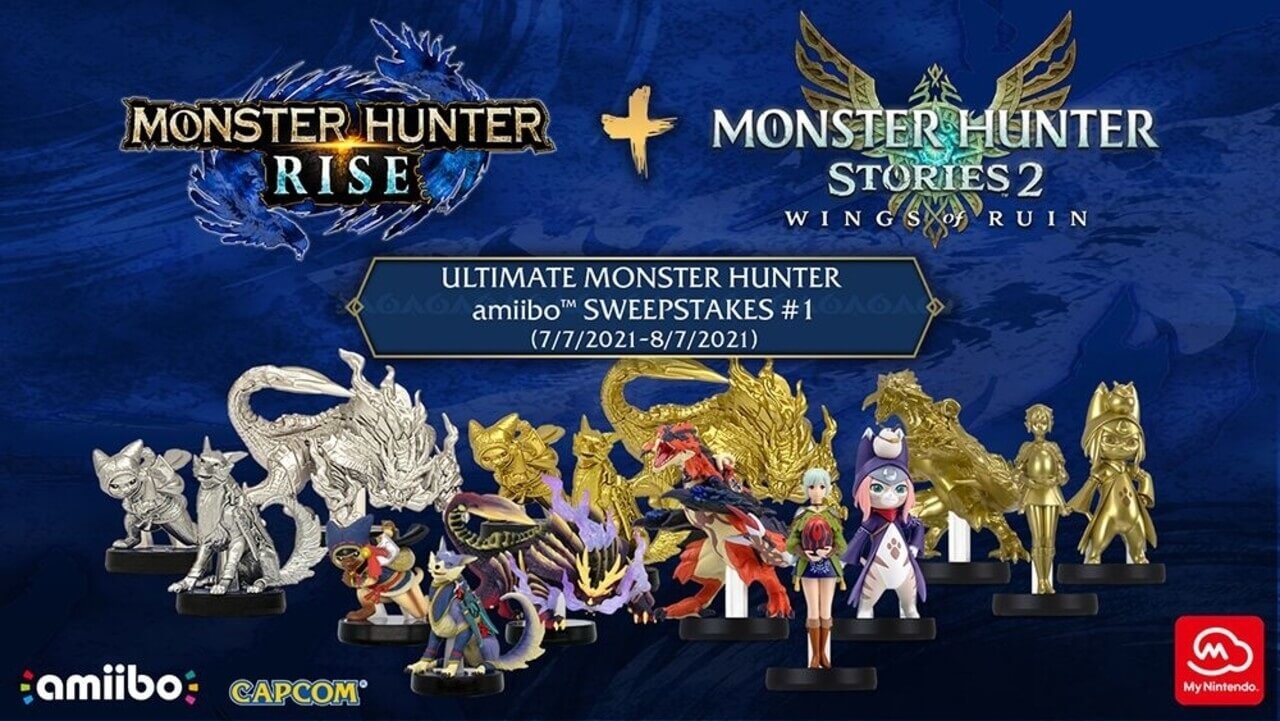 A rather large Amiibo giveaway is now underway on My Nintendo for a set of Monster Hunter-themed Amiibo figures. There 15 figures in total and all of them relate to either Monster Hunter Rise or Monster Hunter Stories 2: Wings of Ruin. There are also five themed posters that come alongside these Amiibo, but they’re more of a bonus as the figures themselves are the main prize. As for the figures in question, there are six unique ones paired alongside special variations of them. Listed below are the exact Amiibo being given away by this.

All of these Amiibo grant the player rewards when used in either game, but give their biggest bonuses when used in the game they are directly tied to. The ones for Monster Hunter Rise will each unlock unique layered armor sets when used in their respective game. The same is true when using the ones for Monster Hunter Stories 2 in their respective game as well. When using the Amiibo meant primarily for one game in the opposite game, all it will do is unlock a set of stickers themed after the game the figure originates from, which are basically emotes you can use.

It’s also worth noting that this giveaway is pretty much free to enter as you only need 10 My Nintendo silver points to gain a chance at winning it. What’s more, you can use up to 30 of the points to increase your odds of ending up as a winner. The Amiibo giveaway is going on up through August 7th and you can enter it yourself right here, provided you have a My Nintendo account and a few silver points.