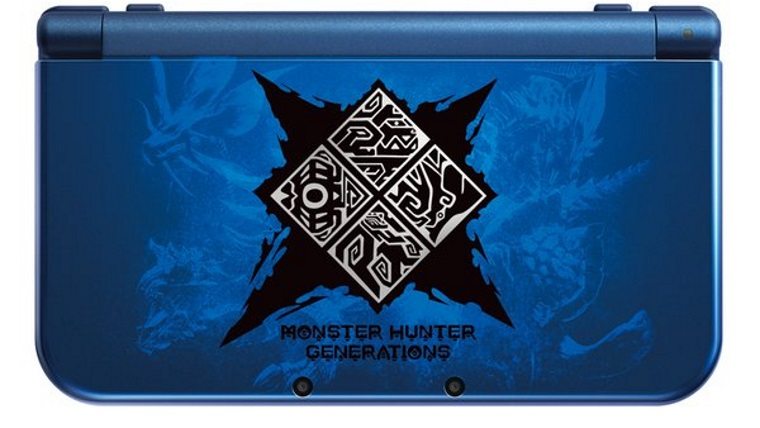 The limited edition handheld sports a blue outer coating in the US, and red in Europe, with images and symbols from the game plastered across the outside. This is not the first time the series has launched alongside an exclusive set of hardware. The last game also received the special treatment, with the New Nintendo 3DS XL Monster Hunter 4 Ultimate Edition being released along with the game in limited quantities.

As far as the game itself, Monster Hunter Generations is a brand new title, though it is meant to be a “celebration of the last 10 years of the series.” This means returning favorites, including monsters and maps from past games.

We went hands-on with the game at last month’s PAX East gaming convention. As someone who has only played the MH series via demos, it was great to see how quickly I could pick up the mechanics. Capcom has went to great lengths to make the game palatable to newcomers, while still retaining the elements that longtime fans require. We’ll see if they fully succeeded when Monster Hunter Generations hits on July 15th.