Buckle in for a long ride 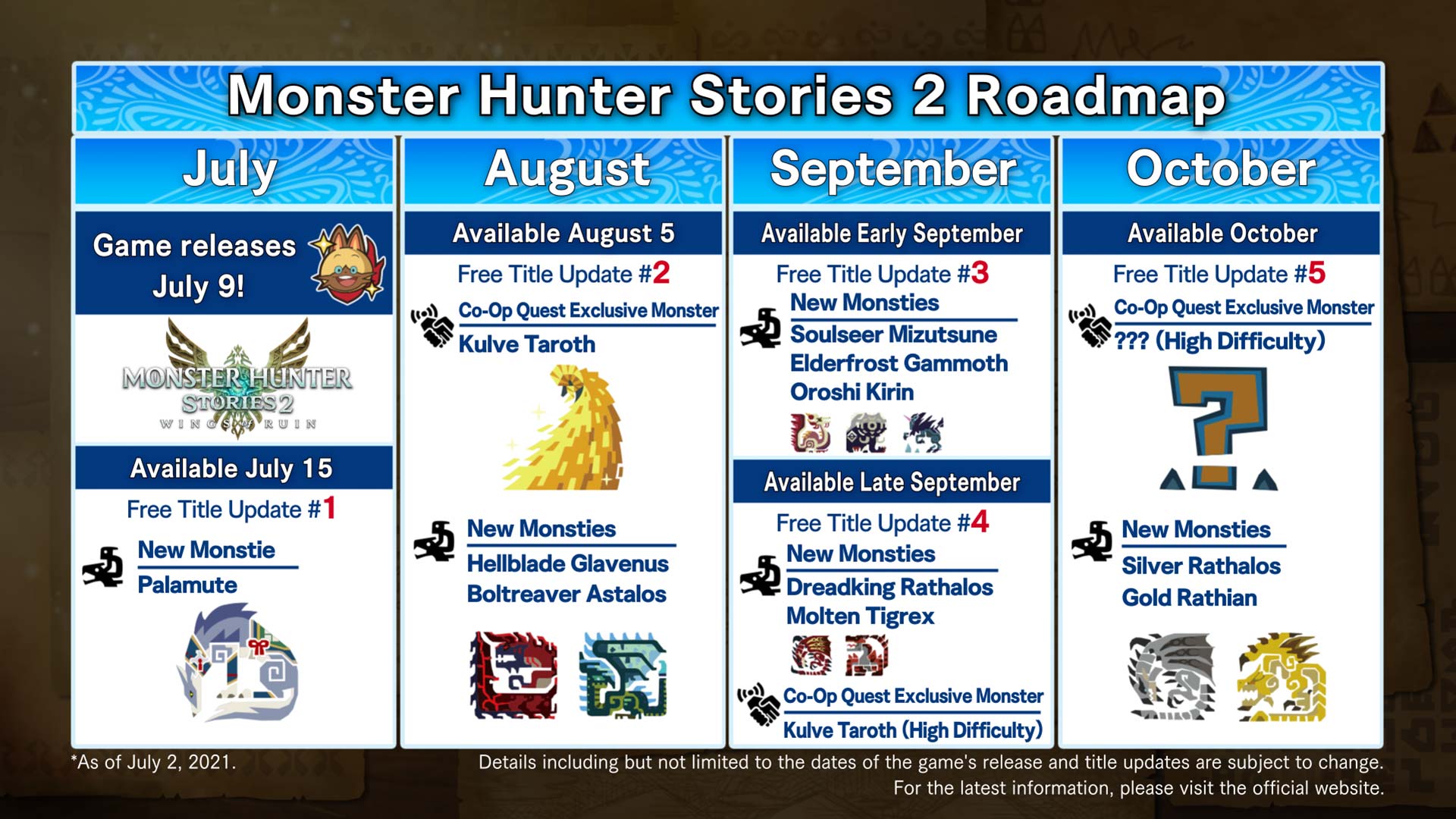 The Monster Hunter Stories 2 release date isn’t until July 9th, 2021, but developer Capcom has already planned additional content all the way up through October of this year. Monster Hunter Stories 2: Wings of Ruin is a sequel to the fairly popular Monster Hunter spin-off series where instead of action-based combat, players engage in turn-based role-playing battles instead. Up till now, new features have been revealed at a blazing pace including co-op gameplay, fan-favorite monsters to party up with, and even crossover promotion with Monster Hunter Rise. Even with all of that to look forward to, there’s still a whole lot more coming before the end of this year.

Lots More Stories Are On the Way

In a press release from Capcom today, both the road map and the official launch trailer for the game were revealed. The roadmap, in particular, is interesting as it details exactly what is coming every month from now through October. If you’re unfamiliar with Monster Hunter’s title updates, these are DLC that can add monsters, buff or nerf certain weapons or techniques, and add some fun cosmetic items and events as well. Capcom gives all of this away for free so just owning a copy of  Monster Hunter Stories 2 will give you additional hours of content as the game matures.

In the roadmap, we’ll see Palamute join as a Monstie (a monster that can join your party) on July 15th, less than a week after the game’s launch. Following that in August, September, and October of this year, Capcom is adding a total of three co-op quest monsters for players to test their collective might against as well as a total of nine new Monsties including Silver Rathalos and Gold Rathian who are definite fan favorites. While this is all they have to share, for now, Monster Hunter World has received far more than five free title updates so it’s a safe bet that Stories 2 will receive similar treatment if it gains decent popularity.

Monster Hunter Stories 2: Wings of Ruin will release on July 9th, 2021 for the Nintendo Switch and PC. The trial version for the Switch is available now to check out while the PC demo will release alongside the full game.